Sometimes It's Art That Imitates Life 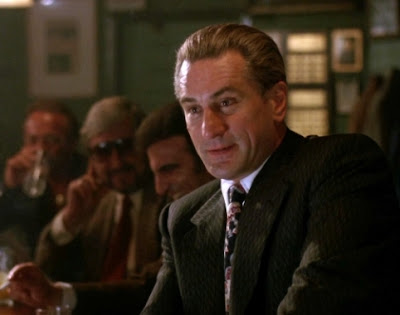 Remember Bobby de Niro's performance in Goodfellas?  You should, it's being aired on various networks roughly three times every week - every week.  In the movie, de Niro's character was loosely based on "Jimmy the Gent" Burke, this guy: 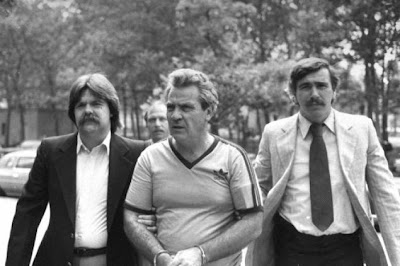 Jimmy's New York home from those days is still in the Burke family (he died in prison of stomach cancer).  The cops showed up to do a little work on the place this week. 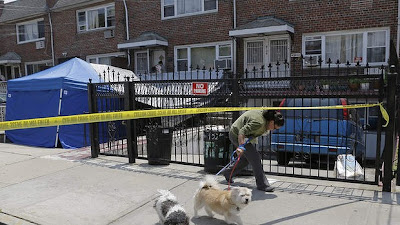 The cops went at the place with jackhammers and shovels, tore up the driveway and the backyard and left with unspecified "organic material." 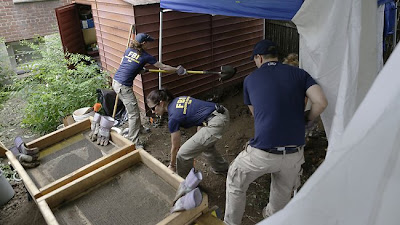 There's speculation the cops were looking for this guy: 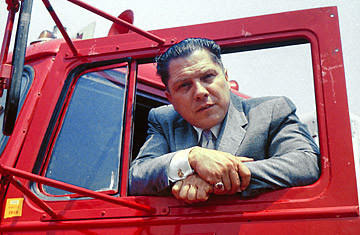 In his mob days, Jimmy the Gent owned an operated Robert's Lounge, a saloon that the real life Henry Hill described as Burke's personal graveyard.   Various remains, including a skull and a leg bone were found by police beneath the bar floor in 1980.
Posted by The Mound of Sound at 12:55 PM

The greatest challenge facing today's leading mobsters, is every 4 years or so they have to spend a lot of dough to keep their guys in office.

The Goldwater history is fascinating especially if you trace it backward and forward. There's even significant Canadian connections to it all that endure to this day. But they don't sell blended whiskey to gangsters anymore.