Iraq's outlawed Baath Party has claimed responsibility for executing the masked man (in the blue shirt) who placed the noose over Saddam Hussein's head. 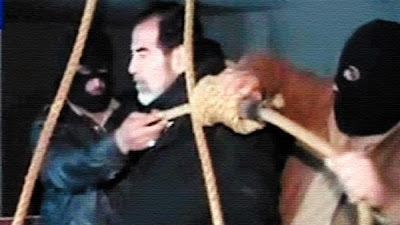 The hangman, identified as Mohhamed Nassif al-Maliki, was apparently tracked down to a city southwest of Baghdad and then killed.

After hanging Saddam, the man was given a captain's rank in the bodyguard of president Nouri al Maliki.
Posted by The Mound of Sound at 11:08 AM