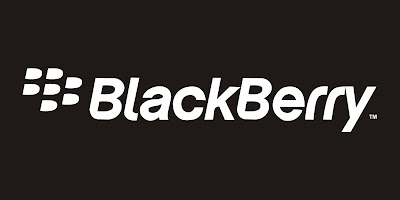 Is there anything Stephen Harper won't do to degrade his office and our country?  Time and again Harper reveals his chronic dark, gutter side.  The man has the integrity and instincts of a pimp.

I don't know where Harper's bottom line is.   I don't even know that he has such a thing.  Perhaps the floor for this character is his sense of plausible deniability.  If his base, his core of supporters, are willing to believe him or even just give him the benefit of the doubt, it's a green light for Steve to indulge his instincts.

At times Harper's misfits, or in Tory lexicon his "cabinet", behave like frat boys on a bender.   It's as though they just can't wait to get in with the Big Boys, especially the Americans and the Brits.  Now there are indications we did just that in 2009 when it was decided to spy on delegates to the G20 summit.

Britain's Guardian newspaper says spies monitored the computers and intercepted the phone calls of foreign politicians and officials at two G20 meetings in London in 2009.

The newspaper says the effort included penetration of delegates' BlackBerry smartphones to monitor their email messages and calls.

The Guardian published PowerPoint slides describing the operation, including one featuring the emblem of the Communications Security Establishment, Canada's electronic eavesdropping agency, known as CSEC.

It appears alongside the logos of key allies — the U.S. National Security Agency and Britain's Government Communications Headquarters — as well as an icon labelled Joint Apps.

The Guardian says special Internet cafes were set up in 2009, allowing authorities to install an email interception program and key-logging software to spy on delegates' computer use. In addition, a team of analysts had access to summaries of phone calls.

The Turkish finance minister and Russian leader Dmitry Medvedev were singled out for special attention, the paper reported, and it appears information was passed to British cabinet ministers.

"Delivered messages to analysts during the G20 in near real-time," reads the slide with the CSEC logo.

There was a long time, pre-Harper, when Canada enjoyed - and reaped the rewards of - a hard-earned reputation for independence and fair play on the world stage.  That's over and what have we gained for becoming the American's underling?  Apparently less than nothing.

Did we go to this G20 summit ready to deliver up the secrets to Blackberry's vaunted encryption technology, its last remaining key selling point?
Posted by The Mound of Sound at 9:30 AM

Kind of puts to the lie the bland reassurances that Peter MacKay recently gave about surveillance, doesn't it, Mound?

How is Mr. Harper any better than Mr. Putin? At least Mr. Putin can listen and bend a small fraction regarding Syria.

Lorne, didn't we learn from the F-35 cost scandal not to place the slightest reliance on assurances from Peter MacKay? The BS that comes out of that man's mouth...

Anyong, I rather suspect Harper is a secret admirer of Putin, especially the way the old KGB guy wields raw power.

I stopped believing any assurances from traitor MacKay after he broke his "no merger with the CPC" c campaign pledge to become the last PCPC leader. Anyone that takes anything he says at face value after that level of treachery has only themselves to blame IMHO. As much as I despise Harper the worst he has done in this regard is cloak his long held beliefs to get elected after running for many years on them openly, what MacKay did here though was to my mind the single greatest act of political treachery on the Canadian federal political scene to date. I still call him traitor MacKay for this (and not just on blogs, I do in speech as well), I may not have been a member of the PCPC but members of my family were in the past, including some that had run and won for them back in the day, so I had some affection for it even when I wasn't a supporter of it. What MacKay did was so incredibly dishonourable I didn't then and still don't see how he can ever be trusted on anything ever again.

I thought his father Elmer was a real piece of work before this happened, but damn did the son ever displace his old man when it came to being a piece of work, a filthy disgusting despicable piece of work at that. Yes, I have a long memory for things like this, besides, these are fellow Bluenosers and they brought great disrepute and shame by their actions to my home.

I wonder if we have any international standing left.

I'm sure we have some international standing left... after all, somebody has to be at the tail end of the credibility-line.

Can't have a secure and private means of communication - would go against everything the PMO stands for.

Not just the Harper PMO. This was first evidenced by the Johnny Cretin PMO at APEC. How soon we forget. Harper has just taken it a couple of steps further.

Wait until the daily pledge to all things Steven becomes law.

BemusedLurker (because history does repeat)