Racing is Hard. Racing to the Bottom is Easy.

This may come as a jaw-dropper to you, but the country our Conservative leadership so wants to emulate is a pretty impoverished state.

This chart gives median wealth, by nation.  It is based on the net value, in 2012, of assets minus liabilities per adult person in each given country.  These are median numbers, the point at which half the population is wealthier and the other half poorer.   It's a loose way of looking at the state of a nation's middle class. 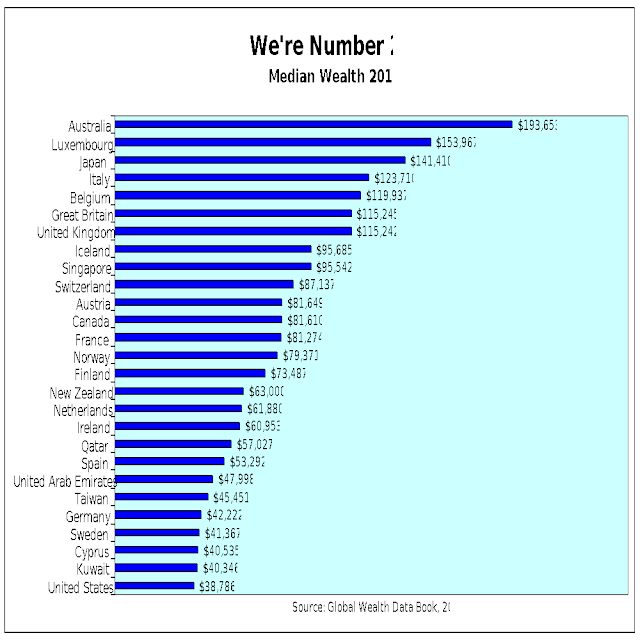 So, what do we have?   Well, the Australians are surprisingly (for me anyway) leading the pack.  You might expect that to change once global warming turns the land down under into a dessicated cinder, but hey.

So why are we in a race to be just as good as the Americans?  Maybe Jimbo Flaherty can explain that.  Maybe he'd rather not.
Posted by The Mound of Sound at 12:04 PM

It's pretty clear, Mound, that the Laffer Curve hasn't been a good predictor of economic well being.

I think we were misunderstanding all along. It's the "Laugher curve", as in the wealthiest are laughing all the way to the bank because we fell for it.