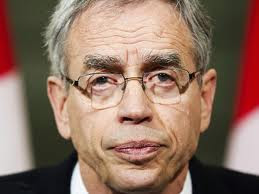 When it comes to the merits of the Northern Gateway pipeline, lawyers for the bitumen traffickers almost go apoplectic complaining about the lack of existing pipeline capacity.  They come across like little children throwing tantrums.

Question:  if it's capacity they're worried about, why are they squandering 50% or more of what they already have?

30% of what they're transporting is condensate, light hydrocarbon (oil) that has to be mixed with bitumen so that, with enough heat and pressure, it will move through pipelines.   They need condensate because bitumen is tarry sludge, hence the reference to "Tar Sands."

So there's your first 30% squandered capacity - condensate.   But, as they say on TV, there's more.

The bitumen we ship also contains 15 to 30% petroleum coke, a granular form of coal.  It's really wicked stuff, high in sulphur, high in carbon, too high to be burned by any scrupulous country, including the U.S.

There you have the two big lies.  It's not oil, it's tar.  It's not sand, it's granular, high-carbon/high-sulphur coke.

We can free up plenty of pipeline capacity simply by not stuffing the existing pipeline with condensate, petcoke, sulphur, acids, abrasives and carcinogens.   There's a way to leave all that stuff out - simply refine it all out - on site, in Athabasca.

More revenue and more savings.   Supertankers wouldn't be needed to deliver condensate to British Columbia so it could be piped out to Athabasca and piped right back again.   And, stripped of  the large volumes of condensate, petcoke and other contaminants, it would be possible to slash the volume of supertankers needed to transport the end product, fully refined petroleum products, to markets in Asia.

When it comes to handling and inevitable spills, comparing refined oil products to bitumen is like comparing apples to hand grenades.  When spilled, the condensate quickly evaporates out and the sludgy bitumen sinks to the bottom which, in the Kitimat area, tends to be around 600-feet down, roughly six hundred feet beyond the reach of any spill recovery technology.   It will contaminate the area for decades, generations, slowly leeching out its acids, toxins and carcinogens into the marine habitat.

Bottom line - if you have the ability to ship apples or hand grenades, you owe it to us to send apples, not explosive ordinance.  So, Joe Oliver, don't claim it's apples all around when you've got the pin from that grenade clenched in your teeth.   Now, very slowly, let's see what's in your hand.
Posted by The Mound of Sound at 12:20 PM

Listened to ol' Joe on The House this AM. He basically steamrolled Evan Solomon. Claimed that he was waiting for the science to come in before believing that there is such a thing as climate change.

The disreputable country where pet coke is burned is -Canada. Nova Scotia Power is buying the stuff from the huge pile near Detroit.

The science will never be "in" for Joe so long as it contradicts his regime's bitumen narrative.

Wow, Anon, I did a bit of searching and I was floored. They're burning petcoke because it's way cheaper than natural gas. Good old Nova scotia or perhaps it should be called the Mexico of the Maritimes.

"Pet coke is a bi-product of oil refining and is often blended with coal to make electricity. Nova Scotia Power uses pet coke as one of its fuel sources, as do several other utilities in Canada."

Wonder who the several are and how many does several mean?

The problem is that the Tar Sands gang are trying to do it on the cheap. It's Stevie, after all.

If they bought a CANDU reactor to supply power to the Tar Sands, a lot of CO2 produced currently, could be eliminated. But that would require investment beyond TV spots.

Anon 2, I tried to track down any other Canadian utility burning petcoke but without success. It could just be that the Nova Scotia boys are playing the "everybody does it" card.

As disinformation appears to be the latest art form, anything is possible in Chinada Mound.

Looking at the bigger picture of climate change, there are a few items in a recent article in the Independent uk that speak volumes.

"The US is also facing significant strain on fresh-water supplies. According to WaterSense, a partnership program of the US Environmental Protection Agency: "Nearly every region of the country has experienced water shortages. At least 36 states are anticipating local, regional, or state-wide water shortages" this year, "even under non-drought conditions".

Water scarcity was recently addressed by UN Secretary-General Ban Ki-moon, who warned that by 2030 nearly half the world's population could be facing a scarcity of water, with demand outstripping supply by 40 per cent."

@ Ed, I agree about the reactor idea but Tar Sands economics are so shrouded in sleight of hand that it probably won't be done. Bitumen remains at an increasing risk of becoming a stranded asset when the Carbon Bubble bursts.

@ Anon 2 I've written extensively on this blog about the freshwater crisis. We grew our civilization to 7-billion on the strength of a fairly benign and stable climate that delivered reasonably reliable precipitation essential to agriculture.

Now our warmer atmosphere is carrying a lot more of our renewable water resource and we're receiving it in deluges or, in places, not at all. That's driving us to rapidly deplete groundwater resources (aquifers) for irrigation at volumes many times their recharge rates.

It's a candle we're burning at both ends - with blowtorches.

Here's one...short and sweet http://petcokeconsulting.com/ Guess where NSs pollution is landing and sinking. It's riding the air currents and flowing right across Newfoundland and on to Europe, the remainder landing on Britain including Ireland. What is sinking hopefully is right on the NS fishing grounds.