How We Once Distinguished Democracy from Totalitarianism 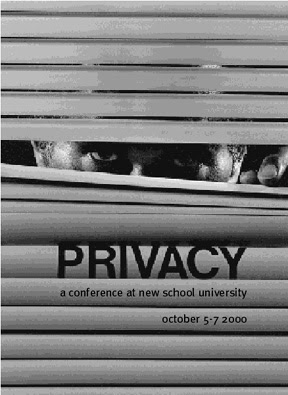 One of the great themes of the Cold War was individual freedom from state prying and oppression.  Unlike the Communist world, democracy ensured we were free to go about our affairs, to speak our minds, even dissent, openly and freely.  On the other side of the Iron Curtain, however, there was no such freedom.  The state monitored its citizens, spied on them, forced people to speak to each other covertly in hushed tones if at all.  We were free from our government, they were not.

That critical distinction of the past is fading fast now.   Even in Canada our government harvests what is called "metadata."  Consider it an archive of who contacts whom, when, how and how often - at least if the communication is digital.

This is said to be the equivalent of looking at an envelope and recording particulars of the addressor and addressee, how it was transmitted, when it was transmitted, and how big was the transmission.   Put enough of these together and you can discern patterns of communication and follow those through to further communications these two parties may have with others.

But, and here's the thing, you also get the contents of those communications only you don't read them, supposedly, at least not without a warrant.  Right.

One of the best recent analyses of this metadata harvesting noted that it dissolves the bond of fealty between citizen and the state, automatically placing all citizens under a form of digital suspicion, transforming us all into foreigners in our own land.

Oddly enough a great many of us (in the U.S. a modest majority) seem to be okay with this.  We have become so promiscuous with our personal privacy that this spying seems tolerably benign.   We, or at least plenty of us, have this fairy tale faith in our government not to abuse this power they have taken over us without our consent or even foreknowledge.

An unremarkable but wise man once warned me to always be vigilant in defence of our rights.  These, he said, had been dearly paid for, often more than once, quite often in blood.  And, of them, he cautioned there wasn't one that, for want of vigorous defence, would not be taken from us.  For he warned that our rights are of incredible value, usually unappreciated by those who hold them, but understood full well by those who would strip us of them.

What he warned of is what we are experiencing right now.
Posted by The Mound of Sound at 9:17 AM

One of the hallmarks of democracy, Mound, used to be a healthy skepticism about those in power.

That healthy skepticism has been replaced by unhealthy cynicism.
We are paying a tremendous price for that evolution.