A Costly Fix for One of the F-35's Achilles' Heels?

Word is out of yet another problem for the F-35.  It has an overheating problem that is said to keep it from going fast at low altitude, right where this less than stellar warplane needs to operate. 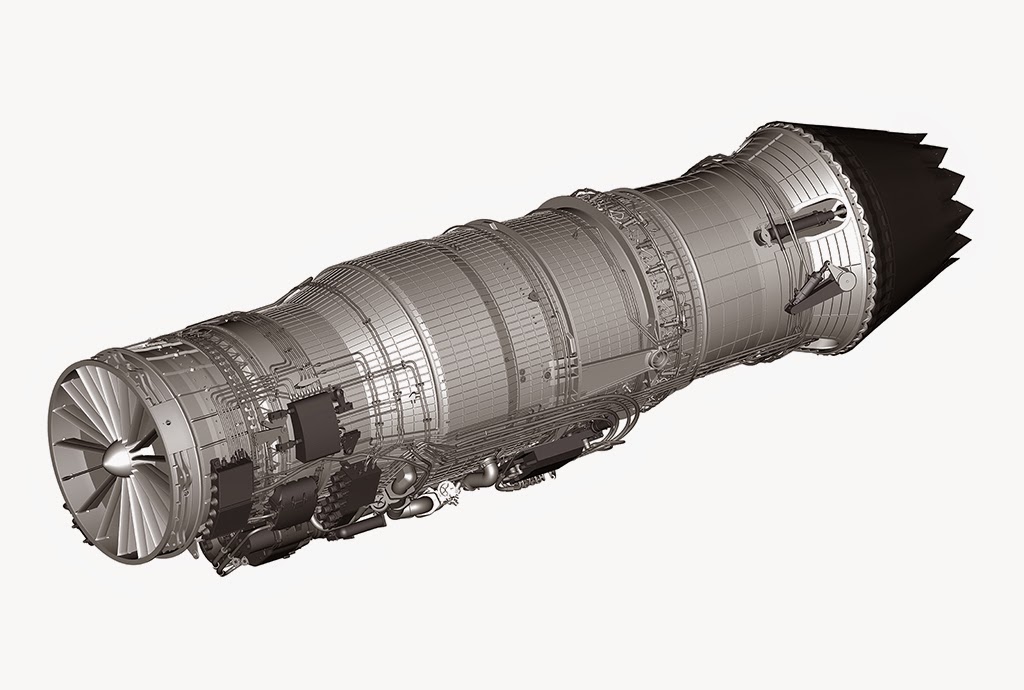 Two big drawbacks to the F-35 are its limited range and mediocre speed.  It doesn't go very far in stealth mode on its internal fuel and it is incapable of the modern fighter sine qua non, supercruise.  Those are enormous shortcomings, especially for an uber-expensive warplane.

Good news.  It seems the Americans have noted the problems and have come up with a partial answer - a new engine.  Think of it as a cross between your kid's Transformer toy and a modern, high-powered jet engine.  It still won't achieve supercruise but it's a significant but very costly improvement.

The future fighter will be required to not only fly farther than today’s aircraft, but will also need more speed and power when engaging the enemy. But from a propulsion perspective, up until now these objectives have been mutually exclusive. Longer range and subsonic loiter require lower fuel burn and good cruise efficiency, while higher thrust for supersonic dash demands larger cores and much higher operating temperatures, neither of which is good for fuel burn or stealth.

To solve this conundrum and combine both capabilities in one propulsion system, engine makers are working under the U.S. Air Force Research Laboratory’s (AFRL) Adaptive Engine Technology Development (AETD) program to test technology for a new generation of engines that can be reconfigured in flight. Although AETD is set to end with a flight-weight core demonstration in 2016, the Air Force is planning a follow-on initiative called the Adaptive Engine Transfer Program (AETP). This will pave the way for an adaptive, 45,000-lb.-thrust-class combat powerplant for sixth-generation combat aircraft as well as the possible reengining of the Lockheed Martin F-35 in the 2020s.

Adaptable engines use an array of variable geometry devices to dynamically alter the fan pressure ratio and overall bypass ratio—the two key factors influencing specific fuel consumption and thrust. Fan pressure ratio is changed by using an adaptive, multistage fan. This increases the fan pressure ratio to fighter-engine performance levels during takeoff and acceleration, and in cruise lowers it to airliner-like levels for improved fuel efficiency.

The AETP-based engine design “is more aggressive than today’s standard F-35 requirements but not to the level of [powering] directed energy weapons,” comments McCormick. Instead, the potential benefits of the third stream would be aimed at opening up the low-altitude/high-speed corner of the F-35’s flight envelope to enable extended operation at Mach 0.8/0.9 and 500 ft. “Today, the F-35 has flight restrictions at lower altitudes because of thermal management. You just can’t get heat off the airplane,” he adds. “The program we have laid out says you could be in the F-35 before mid-2020s. It depends on funding profiles and how big AETP is, but it’s early in the 2022-24.”

The F135 engine currently equipping the F-35 costs about $16-million a copy. Given its advanced and more complex engineering it's a safe bet that the AETP engine will cost at least as much, probably a good deal more.

As a light, first-strike bomber, the F-35 needs to be able to go very low and very fast to defeat a sophisticated enemy's air defences.  With the existing engine's heat problems, it can't do that.  This raises the question of whether customers should buy now and be prepared to take a big hit to re-engine the fighter with the AETP engine or be content to remain with an over-cost, under-performer.  Or, they could play it safe and just look elsewhere.
Posted by The Mound of Sound at 3:27 PM

This just keeps getting better and better. Sure hope it carries lots of heat-seeker flares. Sure hope we don't buy it.

They could go back to RR.

So are the wings and parts of the helmets still being made in Israel?

I had read elsewhere vague criticisms about the F-35 being a magnet for heat seeking missiles in the close support role but this article is the first to get specific.

Cost is an unduly large factor with this airplane. It limits the number of units smaller customers can afford. In turn, that makes risking losses more significant. This heat issue is a big vulnerability that would discourage small users from exposing their scarce resource to shoulder-launched IR missiles in the close support role.

The F-35 has to fly low. Its stealth cloaking, already degraded by counter-measures is frontal aspect only. Unless it's low it is easily detected (and attacked) from the other, non-stealthy
aspects.

@ Alison. Yes, I believe Israel is producing the wing components. The helmet, I'm not sure. It's part of Lockheed's brilliant marketing plan to disperse production so that every customer will feel some hit if they back out.

So, the snazzy engine sounds snazzy. It also sounds like vaporware. Back when the F-35 was vaporware, it too sounded snazzy. Time will tell.

A new airframe would also help.

@PLG- snazzy, perhaps, but it will also push some defence budgets to the breaking point.

@ Steve - if you're going to ditch the F-35 airframe, you would start over from scratch. The F-35 has been an exercise in compromise of capabilities to accommodate the limitations of that airframe.

Thats what I meant. Do over, its called a A10