"Wicked and Tragic Events" Do Not a War Make 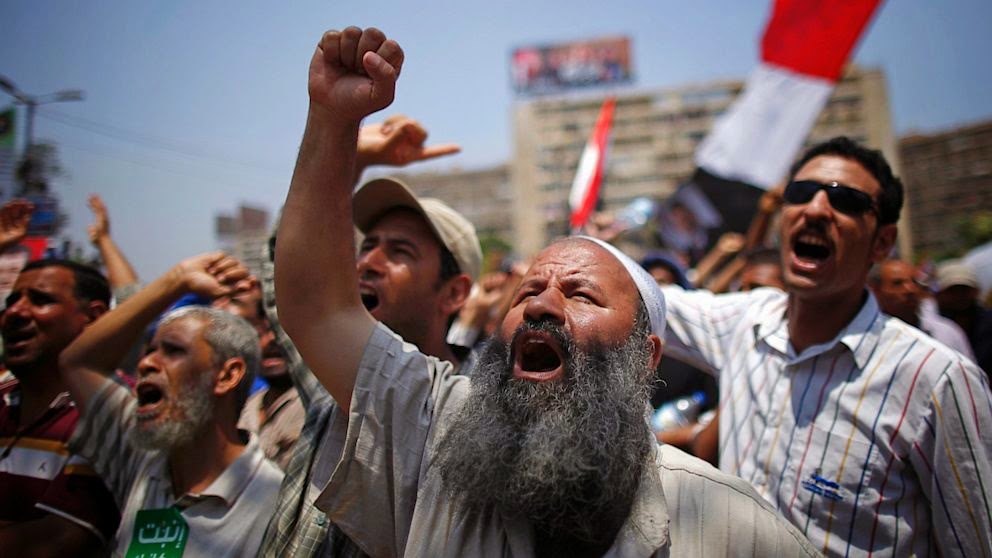 The first instinct of the chickenhawk is to proclaim the existence of a state of war where none actually exists.  By "chickenhawk" I mean Canada's very own prime ministerial closet croucher, Stephen Harper, who exploited the Paris massacre as proof that radical Muslims are waging war against Canada.

A Canadian who knows a few things about war, Gwynne Dyer, says the Charlie Hebdo attacks were tragic, to be sure, but war?  Not hardly.

This is not a “war of civilizations”. Seventeen innocent people killed in Paris is not the equivalent of the Crusades. For that matter, neither was 9/11. These are wicked and tragic events, but they are not a war.

There is a war going on, but it is a civil war within the “House of Islam” that occasionally spills over into non-Muslim countries. As foot-soldiers in that war, the three killers in Paris probably did not fully understand the role they were playing, but they were serving a quite sophisticated strategy.

Two of these Muslim civil wars, in Afghanistan and Iraq, were ignited by U.S.-led invasions in 2001 and 2003. Four others, in Syria, Libya, Yemen, and the northern, mostly Muslim half of Nigeria, have begun since 2011. Others go back even further, like the war in Somalia, or have flared up and then become dormant again, like Mali and Algeria.

In every one of these wars the victims are overwhelmingly Muslims killed by other Muslims. From time to time non-Muslims in other countries are killed too, as in New York in 2001, in London in 2007, in Bombay in 2008 and last week in Paris, and these killings do have a strategic purpose, but it’s not to “terrify non-Muslims into submission.” Quite the contrary.

The great Muslim civil war is about the political, social, and cultural modernization of the Muslim world. Should it continue down much the same track that other major global cultures have followed, or should those changes be stopped and indeed reversed? The Islamists take the latter position.

Some aspects of modernization are very attractive to many Muslims, so stopping the changes would require a lot of violence, including the overthrow of most existing governments in Muslim countries. But that is the task that the Islamists in general, and the jihadi activists in particular, have undertaken.

As they are minorities even in their own countries, the Islamists’ hardest job is to mobilize popular support for their struggle. The best way to do this is to convince Muslims that modernization—democracy, equality, the whole cultural package—is part of a Western plot to undermine Islam.

This will be a more credible claim if Western countries are actually attacking Muslim countries, so one of the main jihadi strategies is to carry out terrorist atrocities that will trigger Western military attacks on Muslim countries. That was the real goal of 9/11, and it was spectacularly successful: it tricked the United States into invading not one but two Muslim countries.

...There is a sub-theme in some of the Middle Eastern wars that muddies the waters a bit: in Syria, Iraq, and Yemen, the general radicalization has also revived and militarized the age-old conflict between Sunni and Shia Muslims. But even in these countries most of the killings are of Sunni Muslims by other Sunni Muslims.

There will be more attacks like the ones in Paris, because lost young men seeking a cause abound in every community, including the Muslim communities of the West. We can't arrest them all, so we will go on having to live with a certain amount of terrorism from both Muslim and non-Muslim extremist groups and trying not to over-react—just as we have been doing for many decades already.
Posted by The Mound of Sound at 11:17 AM

So when will the CPC accuse Gwynne Dyer of 'committing sociology"? Interesting take by Dyer.

Hi, Cujo. There's nothing novel in Dyer's assessment. A lot of us have been pointing fingers at the House of Saud and Gulf State potentates for a long time. It's just that Dyer is saying it and that it puts the lie to Harper's craven manipulations.

Eric Magolis too has written a very informed article on the French attacks: http://ericmargolis.com/2015/01/murder-in-paris/

From the above: "In Islam, it is strictly forbidden to depict the Prophet of Islam. Doing so is one of the most serious provocations against Islam and a certain way to infuriate even moderate Muslims – though in no way does doing so justify violence. But many Muslim don’t think this way.

These mocking western media portrayals of the prophet were seen by many Muslims as part of a growing attack on Islam by the western world that began with George Bush’s invasion of Iraq – the Pandora’s box that has indirectly led to many of these outrages. "

Like Romney, another chickenhawk, people like our Harper and Rempel talk big until the bullets start flying. Then they dive for the nearest cover. We know Harper was hiding in the closet but was Rempel hiding under a table or chair when she was tweeting her mom?

You'd think both Harper and Rempel would be embarrassed but it appears their skins are thicker than an elephant's hide.

The West aligns itself with Sunni Muslim states, where almost all the Islamist terrorists either come from or are financed from, meanwhile Iran is the evil state - Shia Muslims that actually allow depictions of Mohammed.