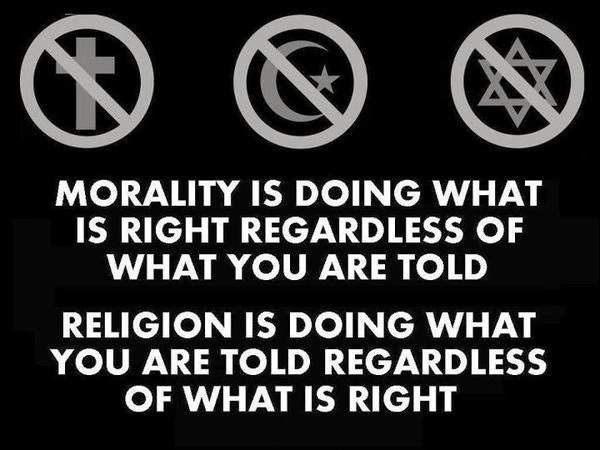 Alternet's Valerie Tarico has written an insightful piece about 12-concepts, integral to organized religions, that "promote conflict, cruelty, suffering and death rather than love and peace." 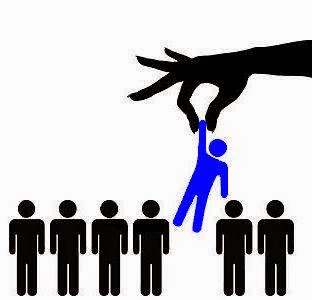 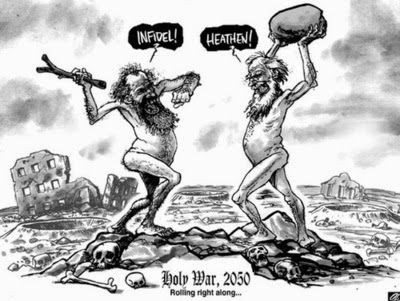 Religions have also introduced us to the notion of Holy War.  Gott Mit Uns, that sort of thing.  When Muslims do it we call it Jihad.  When we do it, it's just getting rid of Satan.  Man has been doing it for thousands of years and, it seems, it never gets old. 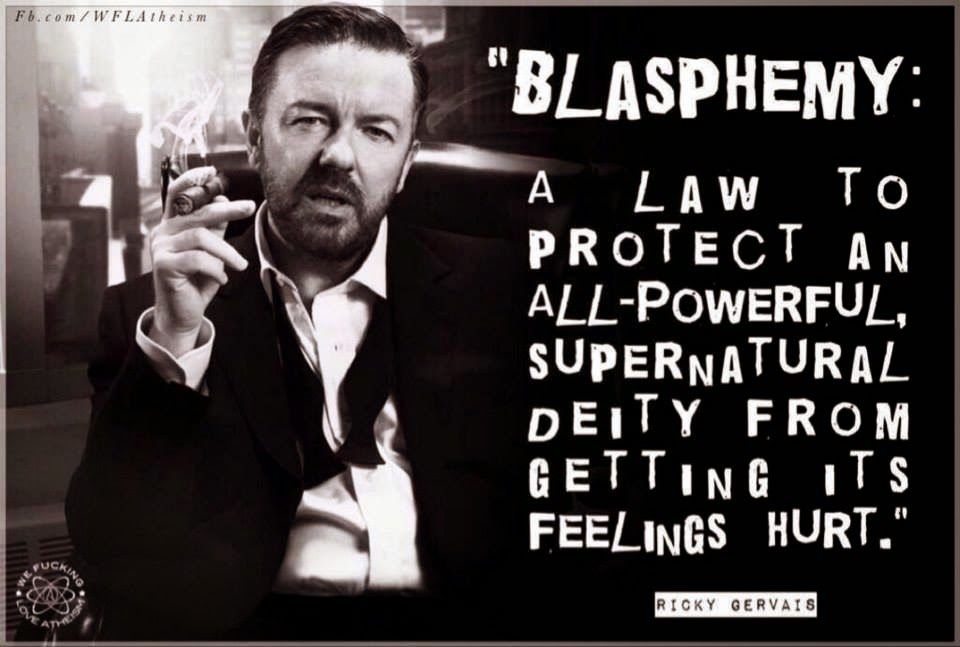 Then there's "blasphemy" - the crime of saying things that offend religious doctrine.  The Bible has a cure for that - death.

Religions have also introduced us to the notion of "glorified suffering" and who doesn't love a martyr who suffers agony and death in the name of God.  The Catholic church loves them, makes them saints.  Islam goes a step further and provides them with explosive vests. 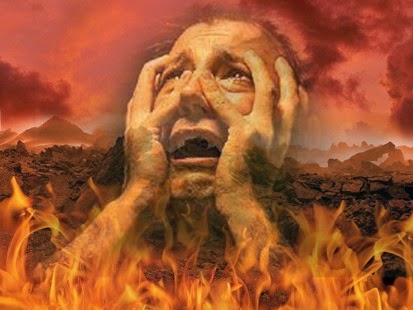 Then there's the trump card, the ace in the hole, "Hell."  It's an awful place.  It's forever and ever.  And it's where you go if you don't do what the nice man at the front of the church tells you to do.  The nice thing is, it never gets old.  We do and, as we draw ever nearer to our final exit, Hell looms ever larger.

Religions that go the reincarnation route fall back on "Karma."  Stay in line or else you'll pay for it in the next life when you return as a toilet seat.

If life on Earth is brutal and nasty, don't fret, there's always the afterlife.  That's your payoff, "Eternal Life."  Now, don't forget to tithe and, remember, the guy with the keys to Heaven, he's counting.

"Male Ownership of Female Fertility."  I'll let you get this directly from Val:
"The notion of women as brood mares or children as assets likely didn’t originate with religion, but the idea that women were created for this purpose, that if a woman should die of childbearing “she was made to do it,” most certainly did. Traditional religions variously assert that men have a god-ordained right to give women in marriage, take them in war, exclude them from heaven, and kill them if the origins of their offspring can’t be assured. Hence Catholicism’s maniacal obsession with the virginity of Mary and female martyrs."

And last, but by no means least, "Bibliolatry."  This is book worship so integral to all modern religions.  It binds the faithful to notions of what is and isn't, right and wrong, as envisioned way back in ancient times when writing was discovered.  We know that the apostles didn't write their chapters of the New Testament.  Somebody else did.  But, hey, it's in writing so it's magical, divine. 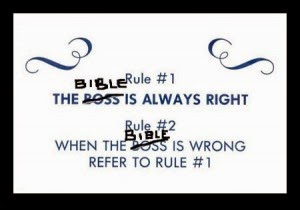 It's particularly prevalent in religious fundamentalism whether Islamic, Judaic or Christian.  There are plenty of Christian fundamentalists who hold a fierce belief in Biblical Inerrancy.  No matter how contradictory, no matter how vague or at odds with reality, it's the Word of God and that's all there is to it.

I urge you to read the entire article here.

Thanks for the tip! Good read.

I like the distinction between morality and religion. I would add to it that religion for slaves not free people.