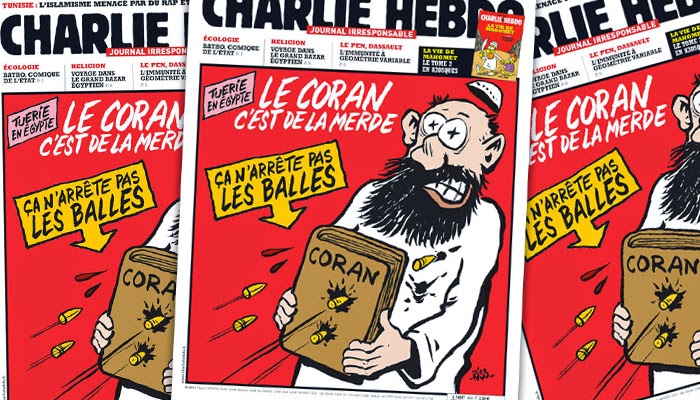 Twelve dead, as many again wounded, after a terror attack on the French satirical magazine, Charlie Hebdo.  Paris police have launched a manhunt for the gunmen who escaped after attacking the magazine's offices. 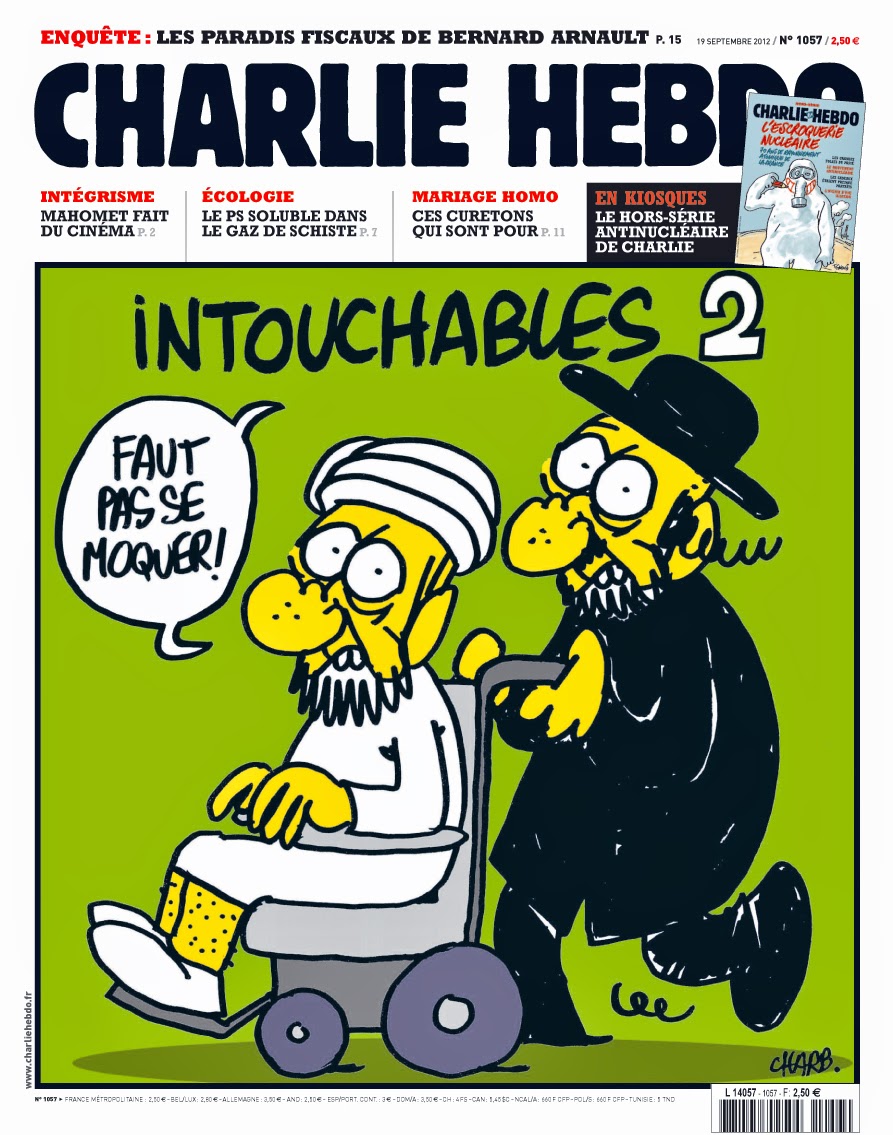 Nobody has come right out and said Muslim terrorists were behind the attack but Charlie Hebdo has been intensely needling Islam for some time.

Its cover this week features Michel Houellebecq’s provocative new novel, Submission, which satirises France under a Muslim president. These are just the latest examples of a publication that responds to efforts at intimidation by being even more irreverent or outrageous, defying the constraints of religious sensitivity or political correctness.

In November 2011, the magazine’s offices were fire-bombed after it published a special edition, supposedly guest-edited by the prophet Muhammad and temporarily renamed “Charia Hebdo”. The cover was a cartoon of Muhammad threatening the readers with “a hundred lashes if you don’t die laughing”.

The petrol bomb attack completely destroyed the Paris offices, the magazine’s website was hacked and staff were subjected to death threats. But that did not deter the magazine, whose editor, Stéphane Charbonnier, has received death threats and lives under police protection.

Six days later, the magazine published a front page depicting a male Charlie Hebdo cartoonist passionately kissing a bearded Muslim man in front of the charred aftermath of the bombing. The headline was: L’Amour plus fort que la haine (Love is stronger than hate).

Less than a year later, the magazine published more cartoons of Muhammad, including images of him naked and a cover showing him being pushed along in a wheelchair by an Orthodox Jew. The French government had appealed to the editors not to go ahead with publication, and shut down embassies, cultural centres and schools in 20 countries out of fear of reprisals when they went ahead anyway.

Riot police were also deployed to the Charlie Hebdo offices to protect it from direct attacks. The foreign minister, Laurent Fabius, publicly criticised the magazine’s actions, asking: “Is it really sensible or intelligent to pour fuel on the fire?” 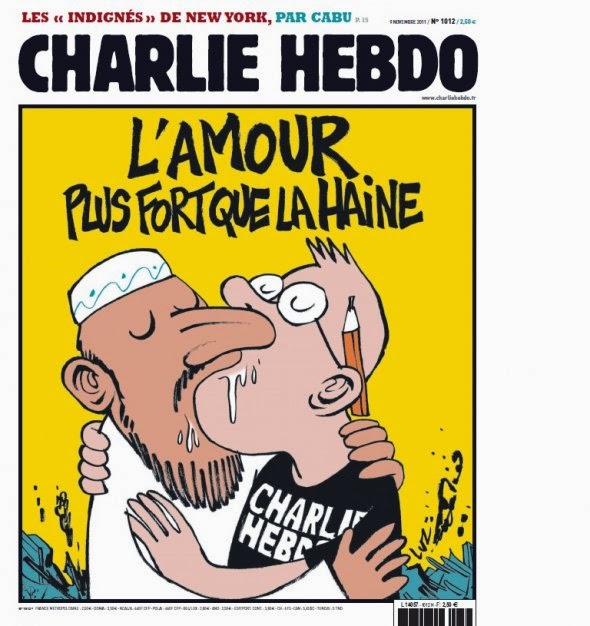 This tragedy illustrates the fine line that can exist between free speech and gratuitous satirical provocation that can trigger a predictable outcome.  Canada has a blathering loudmouth who will undoubtedly jump all over this, praising the Charlie Hebdo publisher, Stephane Charbonnier, for his courage in standing up to radical Islam.  Yet it wasn't Charbonnier who forfeited his life but those of his employees for whom he has a clear responsibility for the entirely foreseeable result.

It's a dangerous world full of very dangerous and fanatical people and it was those very fanatics that Charbonnier relentlessly needled.  And for what?

Update - a report from Slate.com cites witnesses as stating that the gunmen identified themselves as belonging to Yemeni al Qaeda.

Update - The New York Times reports that the attackers also killed publisher Charbonnier.  The paper also reports that another of the victims was a police officer assigned to protect Hebdo.  The Guardian reports that among the dead were three of Hebdo cartoonists - Cabu, Wolinski and Tignous.

I am calling for a re write of the Islamic operating system just as the Judeau Christion one has been.

I thought about putting the cartoon on my blog and decided against it. In that case the Terrorists won. Kudos to you Mound!

Hi Steve. I only posted the cartoons mentioned in the article. There were others far more inflammatory that I chose to omit.

I have no problem with Islam or Christianity, Judaism, Hinduism or any other faith. It's the fundamentalist faction of any faith that rejects moderation and defies civility.