About That Islamic Terrorism, Who Are We Kidding? 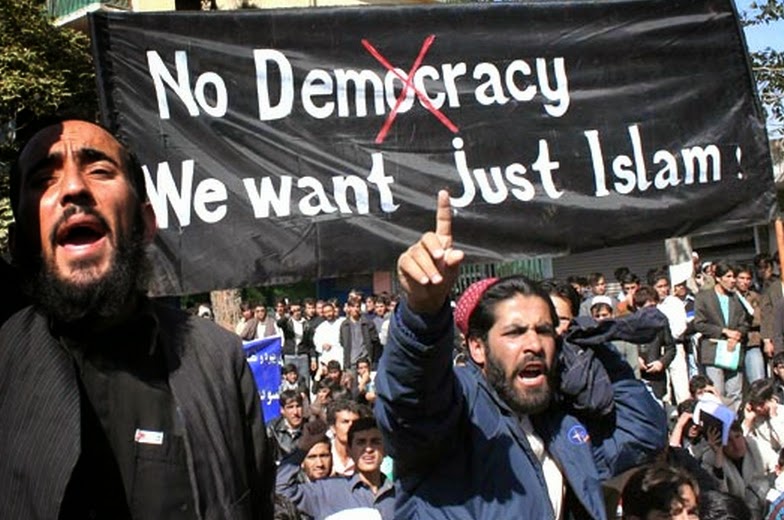 Well those damned Muslims have us in hysterics now.  Rupert Murdoch says this is on all Muslims.  Bill Maher says ditto.

But wait.  There are two strains of Muslims - Sunni and Shia.  Our Muslims of choice, those we consider our allies, are Sunni - Egypt, Kuwait, Qatar, Bahrain, Saudi Arabia, that bunch. The Muslims we normally despise and distrust are those other guys, the Shiites.

So, let's step back and look at all this Muslim terrorism that has us in such a state. Let's start with Osama bin Laden.  Sunni.  Al Qaeda, Sunni.  ISIS, Sunni.  Those Muslims Obama keeps whacking with his drones, Sunni.  The Taliban, Sunni. All those wedding parties we brought to an abrupt and terminal end with our gifts of Hellfire missiles, Sunni.  Let's count that up - Sunni, Sunni, Sunni, Sunni, Sunni and Sunni.  So far it's Sunni 6, Team Shia no score.  That's a shut out in any league.  Wowser.

That 9/11 wrecking crew?  All Sunni. About three-quarters of them were Saudi. It's widely believed that the 28-pages redacted by the Bush regime from the 9/11 report fingered the House of Saud as in on the attacks.  Whatever is in those pages even Obama is keeping them under lock and key.

We know that the Salafist/Wahhabist extremists have been lavishly supported by the Gulf states, including the remarkably like-minded Saudis.  You might even call them the terrorists' benefactors.

When the ISIS problem got out of control (and not one minute before) some of these Gulf principalities pledged to - wait for it - stop funding them.

Now you might have thought we would bring the Hammers of Hell down on the heads of these potentates to repay their perfidy.  A hundred or so Tomahawk cruise missiles targeted at their royal palaces likely would have done the trick. But that hasn't happened, has it.

Harper loves the Saudis, especially now that they've inked a $15-billion deal to buy Canadian-built light armoured vehicles to meet their democracy-suppression needs.  And, besides, it wouldn't be seemly for one petro-state to get uppity with another petro-state.

Well we have to whack somebody to avenge the Paris massacre.  Hmm, the Sunnis are out - at least those right at the core of this.  I guess that just leaves the Shia.  I know, let's attack Tehran.

p.s.  That scary banner being carried by the angry mob in the picture above? That could have been written by any crown prince of the House of Saud.

It's about time somebody made some sense. Thanks.

Yes Mound and I can't understand for the life of me why the Sunnis and Shias hate each other they should be allied.

Historical summaries I have read, Anon, suggest that the more fundamentalist Sunni sect, the Saudi variety, refused to accommodate the Shia. This is what anchors the animosity between Saudi Arabia and Iran.