Salvaging Order Out of Chaos 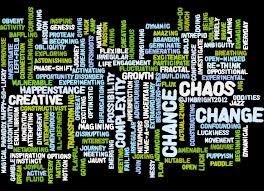 I don't want to blame America for this but, somehow, on its unipolar watch, much of the world was set ablaze.

It's not just Afghanistan (along with neighbouring Pakistan) and Iraq although they're both beset by violence by non-state actors they simply cannot quell. Syria, ditto.  Libya, same same.  Lebanon, it's on the cusp.  Yemen, who can tell what's going on there.

Did I mention Mexico?  Well there's some wholesale carnage going on there.  As for Guatemala and Honduras, they're pretty much out of sight, out of mind for the West.

Southeast and East Asia.  Order more or less prevails, for now, but it's a seller's market for modern instruments of mayhem, especially submarines.  Why the city state of Singapore needs six modern submarines, I'm not sure.  Vietnam is deploying modern Russian u-boats with missile capability and the open secret is they're intended to deter China.  Japan may be on the verge of shredding the last vestiges of its post-WWII pacifism, especially if it can score an order from Australia for new submarines.  The F-35?  Korea's in, so are Japan and Australia. Can't imagine what they've got in mind for those.

Sorry about this but I'm just working off the top of my head.  Apologies to all the hell holes I inadvertently overlooked, places like Ukraine and the Stans.

The bedeviling part of this is that most of these conflicts are what are termed "new wars" to distinguish them from "old wars" of the sort we're familiar with that were typically conducted between state-actors.  New wars are like a floor party at an asylum, everyone's invited and the cutlery drawer is unlocked. They're a melange of state-actors, quasi-state actors, non-state actors and a smattering of garden variety criminals and thugs.

Old wars tended to have winners and losers.  Wars past were ordinarily fought for something discernible that could define victory for the winner and defeat for the less fortunate side.  And there were "sides" which, we're finding, really helps keep the conflict focused.  New wars can be pretty wobbly with the participants pursuing their own objectives that might not be compatible with lasting alliances. Yesterday's ally can be today's adversary.  It's like herding seriously feral cats that are armed to the teeth and are equally skilled in assassination and improvised explosive devices.  In other words it's best not to rely too heavily on the old "my enemy's enemy" rule.

The overall situation is, well, chaotic.  There's really no better word for it.  The global litter box is getting pretty ripe and there are a lot of repeat customers lining up for their next turn.  A report prepared for the World Economic Forum meeting now underway in Davos, Switzerland, warns that the risk of inter-state conflict over resources is looming.  And the focus is on water - who will get it and who will have to go without.

We may have to wait a few years to discover whether those will be fought as new wars or old wars.  Wars of subsistence, wars of survival, resource wars.  It brings a new dimension to "losing."  What do you do after your neighbour gets control of your water?  Move, I suppose, if you can.  Try to get your kids to some place where they've still got water.  Migration.

The World Economic Forum has even released a lovely chart as part of its Global Risks 2015 report that lists threats according to their impact and probability.  It makes pulling double shifts in an ebola ward seem not all that bad.

Surely this is somehow futuristic.  These identified troubles lie well off on the horizon.  Actually, no.  The WEF report is based on a 10-year time frame.  These are calamitous, catastrophic events you can expect to read about over the next decade.

Some of the countries at risk of resource war are already immersed in conflict, usually religion or ethnic-driven.  Others are on the cusp of conflict.  New meat for the butcher.

For a while I hoped this chaos might lead to the emergence of a new, bi-polar world order.  Impaired little states would seek the patronage of either the US or China and we'd be back to something resembling the good old days before the Soviet Union imploded.  I no longer think that's going to happen.

The major players, the US and China, are facing enormous environmental challenges at home.  Both are very vulnerable to catastrophic sea level rise.  Both have major, low-lying coastal cities and infrastructure.  Both face dwindling freshwater reserves.  China has an enormous pollution and contamination threat affecting air, water and its soil.  The United States is bracing for a probable mass-migration out of Central America.  Russia fears China has plans to relocate excess population to sparsely populated Siberia. India and Pakistan fear that China has plans to scoop their shared resource, the Himalayan headwaters.

As for Canada, it might be wise to give up our fantasies of foreign intervention. We have a lot of turf to protect, a lot of resources to secure with, by world standards, a minuscule population.  We must revisit our priorities and perhaps focus more on long-term goals like overhauling and upgrading our essential infrastructure to meet the demands of the harsher climate era, the anthropocene, we're now entering.  We can't even begin to secure our own borders against a determined challenger.  We could start by looking at the world as it is, not the world we delude ourselves into believing we can make it.