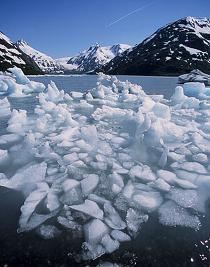 If not this year then next. The Arctic will be ice free for the first time in 100,000 years.

Of course, the scientists' idea of "ice free" and yours or mine differs by about a million square kilometres.

“Ice free means the central part of the Arctic and the North Pole is ice free.”

Most of the remaining ice within the Arctic Circle would be trapped among the myriad of islands along Canada’s north coast.

The rapid warming of the polar region has been linked with extreme weather events such as “bomb cyclones”, flooding in the UK and out-of-season tornadoes in the United States.
Posted by The Mound of Sound at 9:37 AM

The free marketeers think having an open Northwest Passage is a good thing.


They do indeed. China now operates the largest, non-nuclear icebreaker in the world and two more are under construction.

China sees the Arctic passage, along the Russian coast, as ideal for trade with Europe.

The Chinese also have designs on Arctic seabed resources and, somewhat ominously, said that the conventional Law of the Sea rules shouldn't apply to those waters. Chinese military leaders have also announced their intention to establish a permanent and sizeable military presence in the Arctic Ocean. As we've seen in the South China Sea, they're awfully good at manufacturing islands.

America is a leech and China wants to be just like it.