On the Take - Who Owns the Government of British Columbia? 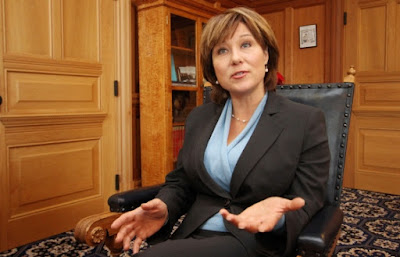 When the public is furious about something and their government refuses to so much as acknowledge it, chances are that government is working for someone other than the people who elected it.

There's a name for it, "political capture." The classic example is America's "bought and paid for" Congress that routinely ignores the needs and wishes of the American people to legislate on behalf of narrow but powerful and affluent interests.

What's the problem in British Columbia? In Vancouver, and to a lesser extent in other communities, it's the crisis in residential real estate and home ownership. Put simply, the market has become so skewed that my children and my friends' children have virtually no chance of ever affording a home in the same neighbourhoods in which they were born and raised. Those neighbourhoods belong to someone else now and multiple waves of foreign owners have upped and upped the values until they're no longer in reach of the local population.

The funny thing is a lot of this now uber-costly housing sits empty. It's not housing. It's a sink for what too often is "no questions asked" overseas money.

That's the point - no questions asked. The Vancouver Sun's Douglas Todd asks "Why?"

Richard Kurland, a leading immigration lawyer and researcher, said he’s puzzled for years over why Premier Christy Clark’s party has refused to address core issues behind the city’s unaffordability crisis, which is fuelled to a large degree by foreign capital and an unusually high proportion of rich immigrants.

For a long time Kurland couldn’t understand why the B.C. government would stubbornly ignore polls by Insights West and Angus Reid that capture the anger of voters, most of whom are shocked there is no longer any connection between Metro Vancouver’s wages and housing costs.

Kurland has reluctantly concluded the main reason B.C. Liberals don’t want to regulate the causes of runaway housing prices is that it would upset property developers.

Read the article. It's fascinating. Real estate developers now "own" our provincial government. Christy Clark and her underlings are "bought and paid for."

Here's the kicker. Christy's Liberals aren't too fussy about where the money comes from. A lot of it is from foreign interests. Yes, that's right. In BC, politicians can be bought long distance.

For Integrity B.C., there is yet another campaign financing issue that needs addressing, which is almost startling for its rarity.

“My research shows it’s only B.C. that allows foreigners to donate to political parties,” [Dermod] Travis said. “I have not found anywhere else in the Western world where that happens.”

Two of the foreign-based property developers that have donated hundreds of thousands of dollars to the B.C. Liberals, Travis says, are Onni Contracting, whose parent company is in Arizona, and The Holborn Group.

Holborn Group and related companies, which have given $226,000 to the B.C. Liberals, is erecting Vancouver’s Trump Tower, named after the expected Republican nominee for U.S. president.

Holborn Group is also building 10 residential towers on prime land next to Vancouver’s Little Mountain, which it bought from the B.C. government.

And who can forget Christy's quick visit to Calgary during the last election to pocket a juicy campaign contribution from the Oil Barons. What is this, Tammany Hall, West Coast style? Who is our premier, Christy "Boss" Clark?

Hong Kong is the Emperour without eunechs and they want to bring this pre capitalist life style to Vancouver and Toronto, because they can and there is nothing left in the homeland.

The plan is to get all the locals and families OUT of Vancouver and only have them commute in via public transit to bring goods and perform services for the rich Asians.

Christy Clark cares about Christy Clark, her own personal aggrandizement, and the lifestyle perks that being premier brings her. If she could get more votes by funding education, and keeping real estate for BCers, she'd do it. Unfortunately, she realizes that many of her supporters are still whining about the NDP nearly 16 years ago, and have blanked out the incompetence and corruption of the last 15 years. Those who vote for her party, or don't bother to vote are to blame for this as much as she is.

If only Adrian Dix hadn't been such a total dick in the last election we might not be having this conversation. It's hard to forgive the NDP for throwing that election.

Our beautiful legislature is beginning to resemble Chicago city hall.

In 10 years mandarin will be the language in the lower mainland.

Yup! Just watch it happen. Canadians think there can't be a time when we will be disgusted with our prize of "Canada, the best country in the world for Multiculturalism". Dumb-dee-dumb-dee-dumb. Just wait until one of these cultures decide it wants to run this country. You think it can't happen...it is. We the tax payer of Canada are paying dearly for those wealthy people who put pumpkins on either side of the door to make it look like someone is home. Have we ever had a government in Canada that says, "We take care of the people and the country will be great" Everyone living in Canada is green, healthy and wealthy.

I live on the Sunshine Coast where we are now seeing the overflow of what's happening in Vancouver. On 'offshore' purchaser has purchased at least 27 homes that we cannot afford to have empty due to this being a limited community. I just returned from a trip to Vancouver and it was a rare sight to see a Caucasian face besides mine. Chinese have been buying up businesses here including a golf course which has been slated to build a timeshare that will only be marketed to mainland Chinese. I could go on and on...

I know, Anon, yet this is unfolding as Ottawa and Victoria look on and do nothing.