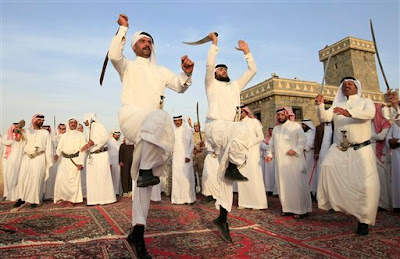 
"It is long past time for the Saudis, Qataris and Kuwaitis and others to stop their citizens from funding extremist organisations," she declared in the aftermath of the Orlando attack.

"And they should stop supporting radical schools and mosques around the world that have set too many young people on a path towards extremism."

...for Clinton to even link Saudi Arabia to extremism at all marks what has become a revolutionary realignment in US diplomacy in the Middle East.

For Obama to have questioned the Saudi funding of fundamentalist Wahhabi religious schools in far-off countries such as Indonesia is one thing, given he is near the end of his presidency.

Coming from Clinton, potentially about to begin hers, the criticism will sting.

With the US no longer as dependent on Saudi oil for its energy needs, and the malignant role of Saudi money in extremism now open slather, expect the pressure on one of the world's most repressive regimes to grow.

Boil it all down and what have you got? For starters, we're selling armoured war wagons to a major state sponsor of Sunni radicalism and Islamist terrorism. That our Saudi allies are also committing atrocious war crimes against the Houthi civilian population of Yemen, that's just icing on the cake.

Justin had better hope those freighters are loaded and out to sea before the U.S. government releases those 28-pages of the 9/11 Commission report. Oh dear.
Posted by The Mound of Sound at 8:29 AM


Change is everywhere, Owen. Most of it is unwelcome and some hazardous to our survival.

It's about time someone told the truth about the Saudis et al.


Amen to that, Anon.

Anyong said.....these new wells will all go to the US market.....www.thestar.com/business/2016/06/10/statoil-says-it-has-found-oil-off-newfoundland.html

Anyong, I'm sorry, but what does any of that have to do with the Saudis or Islamist terrorism? Please try to stay on topic.

In your blog you mentioned how the US is purchasing less oil for the Saudis. I mentioned the new wells which all the oil will go to the US due to the agreement between Canada and the US b e c a u s e, the US will now purchase even less making your blog even more logical.