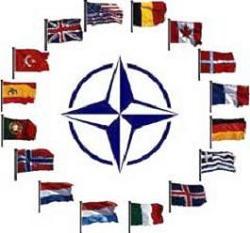 The United States is asking Canada to join with it and the Germans and Brits to constitute a rapid reaction force along the frontier with Russia.

Let's see, under Bush/Cheney NATO marched ever eastward, right up to Russia's doorstep, to welcome those eastern European nations under NATO's umbrella. And they were all too eager to join. Only they're not as eager to carry their weight as NATO partners, even in their own backyard.

“European allies have reasons why they can’t come forward. They’re thinly stretched, at home, in Africa, in Afghanistan. They just don’t have the money,” said a senior NATO diplomat involved in the discussions.

The reluctance of some European governments to help the military build-up, the biggest since the end of the Cold War, reflects internal doubts over whether the alliance should be more focused on combatting militant groups and uncontrolled flows of migrants, mainly from the Middle East and North Africa.

“There are divisions within NATO,” said Sophia Besch, a European defence expert at the London-based Centre for European Reform think tank. “Some allies feel the focus should be on the south.”

Unity is crucial for NATO as Moscow and Washington accuse one another of intimidation close to the NATO-Russia border. NATO and Russia feel threatened by each other’s large military drills and are at odds over the crisis in Ukraine.

Any sense in the United States that Europe is unwilling to pay for its own defence could be damaging. U.S. President Barack Obama has suggested European powers were “free riders” during the 2011 Libya air campaign, and U.S. presidential candidate Donald Trump has accused them of not paying their fair share.

As for NATO's eastern deadbeats, they're banking on the perception that we'll carry the burden for them rather than appearing weak to Vlad Putin. If they want to be our protectorates rather than our partners, shouldn't we be treating them that way?
Posted by The Mound of Sound at 10:33 AM

For the life of me I can't understand why the US so desperately wants to go toe to toe with the Russian Bear and the Chinese dragon. Did Curtis Lemay spawn clones in the Pentagon?

The United States isn't a bastion of harmony and stability today, Toby.It's facing rivals ascendant while, in some respects, it is experiencing decline. There's a lot of popular discontent evidenced, in part, in the Trump and Sanders followers. The malignancy of neoliberalism is taking a huge toll but no one has a clue how to change. All of these things generate insecurity and xenophobia which is precisely why these global intervals can turn into such tragedies.

THE YANKEESfor some reason, see arms sales are cooking up a phoney war with Russia, its clumbsy ORwellian in doubles speak for sure. But it may save the F35