Turning How We See the Economy On Its Head 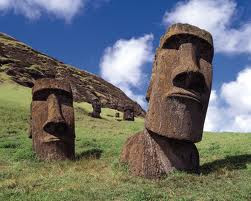 It's not the way we do things. It contradicts our economic thought. Yet the way we've done things, our economic modelling has been instrumental in helping create the environmental calamity we're in today.

An article in The Guardian argues that it's the economy that needs to be integrated into the environment, not the other way round. It's an elaborate argument that deserves to be read in its entirety - which is also my way of saying it defies my ability to paraphrase it in nice, simple terms.

The point is that we have to recognize that the economy, the sum of our economic activity, has to be limited by the size of the environment, by what nature can provide, what it can bear, our environment's carrying capacity.

That sounds logical doesn't it? Sure only we've not done that. And we're running into walls in our headlong race of eco-excess. We have fouled the atmosphere, created threats such as global warming. We've drained our aquifers that we relentlessly exploited to support the levels of agricultural production needed that we could grow in numbers to 7+ billion. We've collapsed one fishery after another worldwide as our industrial fleets fish down the food chain. We've contaminated our freshwater and coastal waters with agricultural runoff leading to massive toxic algae blooms and oceanic dead zones. We are drawing down on natural resources at 1.7 times our planet's carrying capacity.

So, if our economic binging is beginning to backfire on us it only makes sense to accept that our economic activity must be governed by the environment. The economy must be a subset of the environment if we are to live in harmony with our one and only biosphere, Spaceship Earth.

Sounds great but how in hell do you do that? When, as a global civilization, we're living so far beyond our means, how do we mend our ways? Pretty obviously some will have to make do with less, perhaps a lot less. And chances are if it was put to a vote the have-nots would carry the day in deciding that the haves, us/we, should be doing the giving up part.

We in the West consume far more, on a per capita basis, than the rest of the world. Yet other countries have allowed their populations to explode without regard for how that impacts the environment. In other words we're all sinners. We may need to be taking a smaller piece of the pie but it's only fair that they have a lot fewer mouths at the table.

It's hard to imagine a more intractable problem. When has mankind ever been confronted with a dilemma of this magnitude? What is our track record of voluntary sacrifice on such an enormous scale?

And there, kids, you have the Easter Island paradox. You see the problem and the inevitable outcome. You know what you have to do. But hell's bells, you'll not have any of it. That tree over there? The last one? Yeah, let's get her down.
Posted by The Mound of Sound at 9:39 AM

Anyong said....At the rate Albertan's like to spend and use the environment without regard, we will need another two earth's to satisfy their greed.

Mound, all of the big problems facing us (including your favorite three) have huge moral components. The worst by far is population. Every additional mouth to feed increases the other problems. Every life saved or extended makes the problems worse. Saving starving children, no matter how touching, makes the problems worse. Who is going to tackle this? Birth control has been a touchy subject for decades yet we now need to ramp it up massively.

The only factor that shows any promise at birth control is universal women's rights to control their own reproduction and their equality with men in all other respects. Well there goes every large religion down the rat hole. Anybody think that's going to happen? Anybody want to shut up all the priests?


Toby, a few years ago I joined the Dark Mountain movement. It's a place where environmentalist activism and realism meet. The focus is to keep fighting the good fight only without the burdensome baggage of trying to believe there's still going to be an answer. Naomi Klein has criticized DM for capitulating to pessimism but it's not that at all. It's simply refusing to continue to believe the lies that society insists on telling itself.

I did try to resist James Lovelock's prediction that by 2100 mankind's numbers will be well below a billion but I think he's right.

We're failing on climate change. How will we ever succeed on overpopulation and over-consumption?

If you've got the answers I'd love to hear them.

Mound, I've been convinced that Lovelock was right since I first heard of Malthus. We have a finite earth. We cannot do anything in an unlimited way until we get unlimited earths.

Yes, I'm pessimistic about this. The world has seen many societies collapse due to over consumption, overpopulation and climate change. Never did any of them seriously try to limit their population and consumption in order to save themselves. Human nature is just like that of any other animal. We expand until we hit the wall and then die off until the cycle repeats.

Thanks for the Dark Mountain comment. I'll look it up.

Yup, we're pretty much cooked, just like the yeast in the loaves of bread I just baked - consuming, multiplying, producing C02, then killed off in the heat. They become fodder for someone else, and life goes on without them.

According to that 400,000 year chart of yours from NASA, it sure looks that way!