They Sure Do Whine a Lot 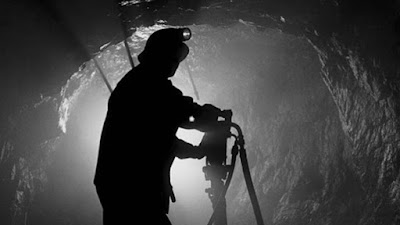 It seems the Chinese have discovered that hard rock mining in Canada is a tough business.

An internal report last October by Ambassador Guy Saint-Jacques details a raft of complaints from an official with the China Mining Council about the unwanted surprises some mining companies encountered in Canada.

Wang Jiahua's "concerns seem to centre mostly in what he called less-developed, remote areas, where climate is harsh, infrastructure is less developed, and workforce is scarce," Saint-Jacques wrote.

What they didn't check out the sites before they laid down their cash? People, please, that's called "due diligence." It's Canada. Most of the place qualifies as "remote" and that's where you can expect to find infrastructure to be "less developed."

A former Canadian ambassador to Beijing calls the complaints an example of "negotiation by other means," and that the real goal is to put pressure on Canada to set aside its domestic restrictions.

"Did China really need to be reminded that the weather is harsh and infrastructure is limited in the Canadian North?" said David Mulroney, who was posted in Beijing from 2009 to 2012.

"China is trying to make us feel guilty enough to suspend our own laws and regulations, including those governing fair employment in Canada."

"China would like to do in Canada what it does with investment projects in the developing world, namely to ship in its own workforce and run the project as a Chinese enclave."

Harper bent over backwards to accommodate these clowns - until the story became public. Then he reinstated the rules and tried to bury the scandal. The Trudeau government needs to listen to Mulroney. This is "negotiation by other means" and we should let the Chinese know we'll have none of it.
Posted by The Mound of Sound at 9:08 AM

That doesn't show much back bone on the part of Canadian Government does it? Why the heck do Canadians need to back down to a country like China?

China is looking everywhere in the world to meet their targets at home. If that is the case, Canada ought to calling the shots. As did Norway with oil companies going into their off shore. "We get 80%, you Mr. Exxon get 20%. It is as easy as that...except in Canada.