A Picture, A Thousand Words

The Guardian's Steve Bell weighs in on Saudi crown prince Mohammad and his dutiful attendants, Donald, Jared and Ivanka. 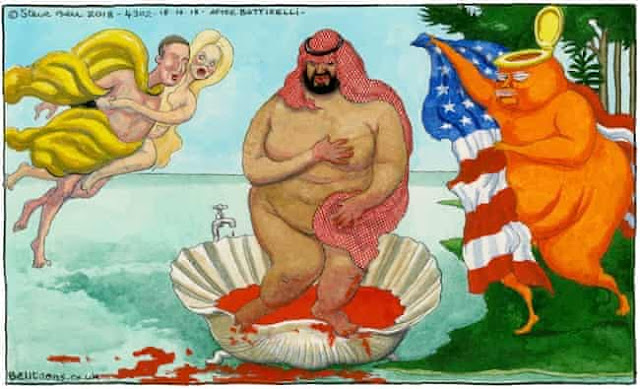 History, as some say, repeats itself. I'm thinking Henry II and Thomas Becket. "Will no one rid me of this turbulent priest?"

To pour a cauldron of water on the Saudi spin that the killing of Kashoggi was the work of a "rogue general," the New York Times has published this photo of a man entering the Saudi consulate the day of the murder. 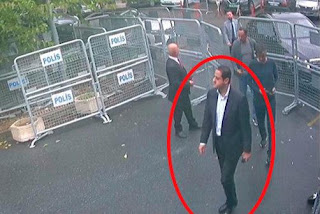 The man is identified as Maher Abdulazziz Mutreb, a close companion of the crown prince, Mohammad bin Salman, himself. What a coincidence that Mutreb would show up just in time for the beheading.
Posted by The Mound of Sound at 9:52 AM