Republican America as a Cult. Trump as America's Jim Jones. 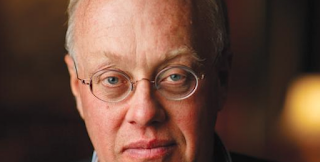 In Chris Hedges' view, Donald Trump's America is more a cult than a political movement. If he's right it spells trouble for America and Canada has no wall, no immunity, from the contagion next door.

Donald Trump has transformed the decayed carcass of the Republican Party into a cult. All cults are personality cults. They are extensions of the cult leaders. The cult reflects the leader’s prejudices, worldview, personal style and ideas. Trump did not create the yearning for a cult leader. Huge segments of the population, betrayed by the established elites, were conditioned for a cult leader. They were desperately looking for someone to rescue them and solve their problems. They found their cult leader in the New York real estate developer and reality television show star. Only when we recognize Trump as a cult leader, and many of those who support him as cult followers, will we understand where we are headed and how we must resist.

It was 40 years ago next month that a messianic preacher named Jim Jonesconvinced or forced more than 900 of his followers, including roughly 280 children, to die by ingesting a cyanide-laced drink. Trump’s refusal to acknowledge and address the impending crisis of ecocide and the massive mismanagement of the economy by kleptocrats, his bellicosity, his threats against Iran and China and the withdrawal from nuclear arms treaties, along with his demonization of all who oppose him, ensure our cultural and, if left unchecked, physical extinction. Cult leaders are driven, at their core, by the death instinct, the instinct to annihilate and destroy rather than nurture and create.

Trump shares many of the characteristics of Jones as well as other cult leaders including Marshall Herff Applewhite and Bonnie Lu Nettles, the founders of the Heaven’s Gate cult; the Rev. Sun Myung Moon, who led the Unification Church; Credonia Mwerinde, who led the Movement for the Restoration of the Ten Commandments of God in Uganda; Li Hongzhi, the founder of Falun Gong; and David Koresh, who led the Branch Davidian cult in Waco, Texas. Cult leaders are narcissists. They demand obsequious fawning and total obedience. They prize loyalty above competence. They wield absolute control. They do not tolerate criticism. They are deeply insecure, a trait they attempt to cover up with bombastic grandiosity. They are amoral and emotionally and physically abusive. They see those around them as objects to be manipulated for their own empowerment, enjoyment and often sadistic entertainment. All those outside the cult are branded as forces of evil, prompting an epic battle whose natural expression is violence.

...George Orwell understood that cult leaders manipulate followers primarily through language, not force. This linguistic manipulation is a gradual process. It is rooted in continual mental chaos and verbal confusion. Lies, conspiracy theories, outlandish ideas and contradictory statements that defy reality and fact soon paralyze the opposition. ...The cult leader does not take his or her statements seriously and often denies ever making them, even when they are documented. Lies and truth do not matter. The language of the cult leader is designed exclusively to appeal to the emotional needs of those in the cult.

...The removal of Trump from power would not remove the yearning of tens of millions of people, many conditioned by the Christian right, for a cult leader. Most of the leaders of the Christian right have built cult followings of their own. These Christian fascists embraced magical thinking, attacked their enemies as agents of Satan and denounced reality-based science and journalism long before Trump did. Cults are a product of social decay and despair, and our decay and despair are expanding, soon to explode in another financial crisis.

...Our only hope is to organize the overthrow of the corporate state that vomited up Trump. Our democratic institutions, including the legislative bodies, the courts and the media, are hostage to corporate power. They are no longer democratic. We must, like liberation movements of the past, engage in acts of sustained mass civil disobedience and non-cooperation.  ...If we fail to embrace this militancy, which alone has the ability to destroy cult leaders, we will continue the march toward tyranny.

Trumps America is no accident.

We must have order. What could be the nature of the social order these “conservatives” expect will emerge from the chaos they’re promoting? How will deviance be discouraged, detected once it’s gone underground and, if necessary, supressed? Will we have to redefine “freedom” or can we just throw the word away?

How about a Dominionist Inquisition? Will we need a pope? I suppose God will provide the answers just as the market will provide for everything else. Apparently, He’s already talking to some of them. He’s been taking lessons from Stalin.