Everyone Has an Excuse and They're All Crap 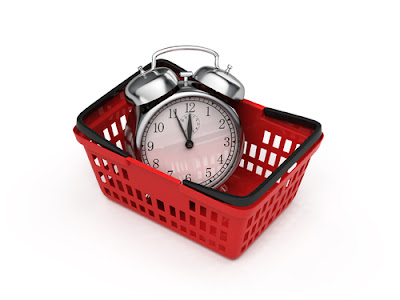 It was nice to see that Parliament held a late night debate on climate change yesterday. By "Parliament" I mean the parties that consider the threat serious enough to show up, i.e. the House of Commons except for the Conservatives.

Trudeau enviromin, Dame Cathy McKenna, really upped her game when she came out with the catchy zinger about how we're the first generation to experience the impacts of climate change and the last generation that will be able to do anything about it. She's probably right but she's also perhaps unwittingly raised the bar for whatever her government now does about it (hint: minuscule carbon taxes won't clear the bar, not by a long shot). Until the Liberal government acts, she'll be "Catchy Cathy."

It fell to Green Party leader, Elizabeth May, to put it bluntly:


"You've got one chance to protect your kids' world, you've got one chance, and it's expiring in about 10-12 years, to hold global average temperature to no more than 1.5 degrees and if you miss that ... you end up in a situation where the worst case scenario isn't bad weather, it's the collapse of our civilization and the extinction of millions of species, potentially including us."

All the stirring rhetoric, however, wasn't translated into calls for really meaningful action. The best Catchy Cathy would come up with was a determination to see Harper's emission cut promises met and then, and only then, maybe look at something else.

Once there are calls for action, the excuses pour out. Every nation has an excuse. Every excuse is crap.

The Tory line is that cutting carbon emissions should rely on incentives and the invisible hand of the market. They back that up with the line about how small Canada is and how, therefore, our emissions are negligible and how we cut our emissions really doesn't matter. It won't make much difference. You should try that line the next time you're attending a concert. Just tell the guy on the gate that there are thousands of people attending and whether you pay the ticket price really won't make a difference to the band.

Then there's the rich country fallback, the big gun. It's about how we can't let action on climate change harm the economy. We must defend the economy.  Justin Trudeau reminds us of that every chance he gets.

No one ever asks the lesser of Pierre Trudeau's three sons just what economy he's so concerned about defending. Is it today's economy or the economy ten and twenty years from now, the economy he's bequeathing to our young people?

Trudeau's argument, which is routinely parroted by Catchy Cathy, is the one that is most powerful. It is also the one on which all the major parties agree. Yeah, sure, but it's still crap. Allow me to explain.

Think of "the economy" as the sum of its parts - production, consumption and waste. One inevitable component of waste is greenhouse gases that we emit into the atmosphere.

Sensible minds realize that we live on a solitary and finite planet, Earth. Our planet does not reproduce. It does not expand.

We, humankind, have become quite good at transforming this finite planet Earth. Particularly since the Industrial Revolution we have learned to have our way with the old girl, Gaia, plundering her relentlessly. So well have we developed our game that we have plunged Earth into a new geological epoch, the Anthropocene, complete with a new climate - the climate that now threatens to bring us low.

But it's not just our madcap climate antics that undermine the future of our civilization. We have also flooded the Earth's surface with probably three times more humans than it can support and we've found ways to pillage and deplete Gaia's resources at more than 1.7 times her sustainable capacity. These things too are the face of "the economy" we're so desperate to continue. It's a rat race on a truly global scale. To support all those extra billions of mouths we have to pursue perpetual exponential growth pushing Gaia to a state of planetary exhaustion. Think of "the economy" as a hamster wheel on which we're determined to keep running ever faster.

What is the justification for defending today's economy, the perpetual exponential growth economy, if we're only denying our kids and grandchildren a viable economy in their time? Remember what Catchy Cathy said. We're the first generation to experience the impacts of climate change and the last that will be able to do anything about it. There you go, she said it.

The poor folks, let's call them the emerging economies and the Third World, have their excuses too and they're even more compelling. They point to their per capita greenhouse gas emissions as being a fraction of the rich world's. True enough, especially for those of the Third World who just happen to be the first taking it in the neck from climate change. They didn't get their fair share of the industrial bounty and the easy and comfortable lifestyles that came with it. So it's only fair that we should do the heavy lifting on emissions cuts even if that means buggering up our bloated economies. That's a morally compelling argument.

A number of the have-nots and have-not-enoughs prefer to focus on have-nation GHG emissions to the exclusion of the overpopulation issue. That's true for the already overpopulated giants, China and India, and for the population-bomb countries, primarily in Africa. Our climate change sins are their excuse for not having to deal with population control and, like all the other convenient excuses, it's crap.

We have to slash our greenhouse gas emissions. They have to deal with their overpopulation. Gaia can't take either of us.

Cutting our emissions is going to impact our economy. Sometimes you just have to let go of some things to avert worse things. As for this pursuit of perpetual exponential growth as the backbone of our economy, I'll use this photo to illustrate the fallacy of this way of thinking. 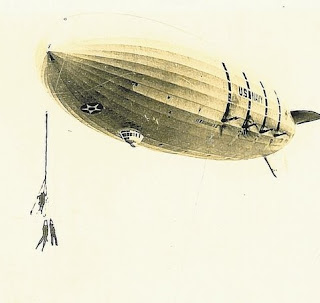 This is the USS Akron. In May, 1932, Akron attempted to moor near San Diego. Untrained sailors were sent out to grab the mooring lines. Things did not go according to plan, the sun warmed Akron's buoyant gas lightening the ship and sending it out of control. Those three guys you see could have let go but they didn't - not while letting go was an option. Two of them, the guys at the bottom, plunged to their deaths. They paid with their lives for their failure to act decisively.

Dealing effectively with climate change means dealing decisively with the economy. Preserve what is essential, what is really worth defending. Discard what is not. You have to know when to let go.

I recently heard the most compelling argument ever for slashing our greenhouse gas emissions. It's all about "buying time." Time that will let us implement the best possible adaptation strategies for both our own generation and generations that will follow us. Time that can mean the difference between life and death for millions, possibly hundreds of millions, some say billions.

You don't often get to buy things free. As a rule the more precious the commodity the higher the price. What can be more precious than time to adapt, time needed to survive? Time to get an extra second or two on the brakes before entering that surprisingly wicked corner. Time to get everyone out of their beds before fire consumes the house. When time matters it matters a lot and there isn't much you wouldn't give to get a little extra.

Cutting greenhouse gas emissions sharply now, not later, is the price for that precious extra time we need to adapt as far as we still can to climate change. That used to be a much harder sell when we thought climate change was something that might set in by the end of the century. Only those changes aren't waiting. They're setting in now. As I wrote yesterday, carbon taxes are fine but they won't protect you. They won't buy us the time we need.