Is He That Desperate or Just That Low? 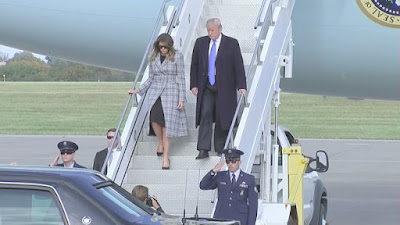 Donald Trump, his latest wife, the Jewish kids and that guy, Mnuchin, descended on Pittsburgh to stage a personal appearance at Tree of Life Synagogue, the site of the Trump-inspired massacre that claimed 11-lives.


Further: @realDonaldTrump WH called the top #PA and #Pittsburgh officials one at a time and lied to each that the others had agreed. WH did the same to #Schumer and #Pelosi. No one bit. WH also trying to push #Trump into hospital rooms of victims but most want no part of him.

Mein Gott. The White House called state and city officials with a misinformation campaign, lying to both that the others had agreed to the visit. They then tried the same "welcome mat" scam on Chuck Schumer and Nancy Pelosi.

Is there anything that's beneath these low-life assholes?