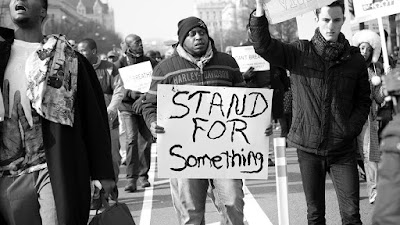 The Guardian's enviro-scribe, George Monbiot, says it's time for ordinary folks just like you to take off the gloves. The consequences we're risking are too perilous to trust climate change to our political caste. They're not the solution. They're the problem.


It is hard to believe today, but the prevailing ethos among the educated elite was once public service. As the historian Tony Judt documented in Ill Fares the Land, the foremost ambition among graduates in the 1950s and 60s was, through government or the liberal professions, to serve their country. Their approach might have been patrician and often blinkered, but their intentions were mostly public and civic, not private and pecuniary.

Today, the notion of public service seems as quaint as a local post office. We expect those who govern us to grab what they can, permitting predatory banks and corporations to fleece the public realm, then collect their reward in the form of lucrative directorships. As the Edelman Corporation’s Trust Barometer survey reveals, trust worldwide has collapsed in all major institutions, and government is less trusted than any other.

...In Germany, the government that claimed to be undergoing a great green energy transition instead pours public money into the coal industry, and deploys an army of police to evict protesters from an ancient forest to clear it for a lignite mine. On behalf of both polluting power companies and the car industry, it has sabotaged the EU’s attempt to improve its carbon emissions target. Before she was re-elected, I argued that Angela Merkel was the world’s leading eco-vandal. She might also be the world’s most effective spin doctor: she can mislead, cheat and destroy, and people still call her Mutti.

Other governments shamelessly flaunt their service to private interests, as they evade censure by owning their corruption. A US government report on fuel efficiency published in July concedes, unusually, that global temperatures are likely to rise by 4C this century. It then uses this forecast to argue that there is no point in producing cleaner cars, because the disaster will happen anyway. Elsewhere, all talk of climate breakdown within government is censored. Any agency seeking to avert it is captured and redirected

... With the exception of Costa Rica, no government has the policies required to prevent more than 2C of global warming, let alone 1.5C. Most, like the UK, Germany, the US and Australia, push us towards the brink on behalf of their friends. So what do we do, when our own representatives have abandoned public service for private service?

On 31 October, I will speak at the launch of Extinction Rebellion in Parliament Square. This is a movement devoted to disruptive, nonviolent disobedience in protest against ecological collapse. The three heroes jailed for trying to stop fracking last month, whose outrageous sentences have just been overturned, are likely to be the first of hundreds. The intention is to turn this national rising into an international one.

This preparedness for sacrifice, a long history of political and religious revolt suggests, is essential to motivate and mobilise people to join an existential struggle. It is among such people that you find the public and civic sense now lacking in government. That we have to take such drastic action to defend the common realm shows how badly we have been abandoned.

Look, we're supposed to be in a race for the survival of our civilization, a race to cut global greenhouse gas emissions 45% in just 12-years, by 2030. If we miss that target, it's game over for a great many people and our grandkids won't be spared either. So what is your prime minister doing about it? He's sinking billions of government dollars so badly needed elsewhere on driving through a bitumen super-pipeline, a 60-year venture, so that Canada can flood world markets with the filthiest, highest carbon, ersatz oil on the planet.

Justin Trudeau is exactly the politician George Monbiot excoriates. He boasts about greening Canada's economy but his emission cutting targets are those Stephen Harper left behind when we ran him out and, worse, Trudeau isn't even on track to meet Harper's lame promises.

45 in 12. That's a truly Herculean chore. You have to massively restructure your society and your economy in a rapidly shrinking window of time if you're to have a chance of meeting that. Justin isn't going to do that for Canada, for your kids and grandkids. He will, however, if given the chance, talk you to death.