The Moral Imperative of Climate Change 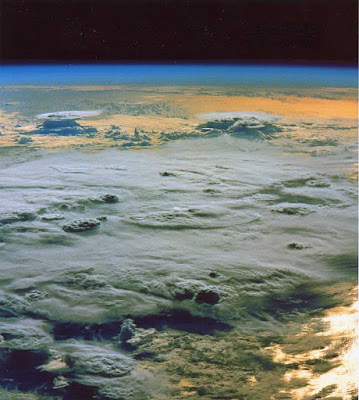 The time for pretending is over. World leaders have a "moral obligation to act" to avert the worst impacts of climate change and that's going to take a huge and decisive change of attitude across their ranks.


World leaders have been told they have moral obligation to ramp up their action on the climate crisis in the wake of a new UN report that shows even half a degree of extra warming will affect hundreds of millions of people, decimate corals and intensify heat extremes.

But the muted response by Britain, Australia and other governments highlights the immense political challenges facing adoption of pathways to the relatively safe limit of 1.5C above pre-industrial temperatures outlined on Monday by the Intergovernmental Panel on Climate Change (IPCC).

With the report set to be presented at a major climate summit in Poland in December, known as COP24, there is little time for squabbles. The report noted that emissions need to be cut by 45% by 2030 in order to keep warming within 1.5C. That means decisions have to be taken in the next two years to decommission coal power plants and replace them with renewables, because major investments usually have a lifecycle of at least a decade.

Fortunately Canada has a leader who styles himself a paragon of moral obligation so we can expect the True North to rally to the call to decarbonize. The new IPCC report leaves no doubt that the filthiest, highest-carbon fossil reserves will have to be left in the ground. The future of humanity demands no less.

The party's over. The current prime minister has a choice to make. He can no longer claim to have it both ways. That's utter sophistry. He's either on the side of mankind or he's on the side of the Bitumen Barons and their political stooges.

Just twelve years. In the greater scheme of things that's hardly any time at all. Cutting emissions by 45% by 2030 is an extremely tall order. You could blow a dozen years just studying such a Herculean chore and be no closer to concrete measures than we are today. We haven't got twelve years and one or two changes of government to meet Canada's "moral obligation." If we shirk our responsibilities, our moral obligation, it only encourages others to do precisely the same. Going down that road, the path we're currently on, consigns our grandkids to a pretty horrible fate.

As The Guardian article notes this can't be achieved without a desperate fight.


...there is increasing pushback by the world’s powerful fossil fuel and agribusiness interests, who are supporting politicians who are apathetic or hostile to climate action. The new IPCC report stressed the urgent need for reforestation and greater forest protection, but within hours of its release the first round of the Brazilian presidential election ended with a huge lead for Jair Bolsonaro, who has promised to quit the Paris accord and open up the Amazon rainforest to farmers and miners.

Donald Trump has also announced that the US will pull out of the climate deal. And in Australia, the prime minister, Scott Morrison, said there was no money for “global climate conferences and all that nonsense”.

As I wrote recently, we have arrived at Justin Trudeau's "fish or cut bait" moment. I don't hold out much hope that he'll do the right thing. Do you?
Posted by The Mound of Sound at 12:16 PM

I read with dismay but not surprise the Guardian article, Mound. All I could think of was the utter and contemptible response of McKenna to the report, saying she knows more must be done. Not a word of acknowledgement, of course, about our 'proud' ownership of an aging and leaky pipeline her government is is determined to twin that gives the lie to her words.

I don't see any of us coming out of this well. On a related note, take a look at this: https://www.nytimes.com/2018/10/08/us/fema-disaster-recovery-climate-change.html

.. fortunately, Canada has Environmental exemplars and advocates such as Andrew Scheer to 'hold the government's feet to the fire' in regard to Climate Change, Petro Pollution, Paris agreements, Methane and CO2 escape etc.. and he has his Cape Breton batgirl Lisa Raitt backing him, as well as failed 'Albertan' PM Stephen Harper and his Alberta batboy Ray Novak.. plus illustrious Environmentalist and virgin Alberta cowpoke dude with a pickup truck Jason Kenney

How could Justin Trudeau resist such newfound ecology converts.. who will readily stop whining about flavor of the day contretemps like swingsets and start bailing out Canada and the world. And if Young Justin really truly must have us (the taxpayers) buy him a tar sands pipeline plus twin the damn thing, well he better get a move on.. and get with the 'notwithstanding' Nation Building, Energy for Canadians, Jobs Jobs Jobs, Growing the Economy for ever n ever Amen.. crowd


Thanks for the link, Lorne. When absurdity becomes your default operating system you wind up with FEMA 2018. We could see even greater hilarity as the 2020s progress.

"greater hilarity" - Absolutely. At this point, one can only laugh.


Sal, I really dislike Andrew Scheer for who he is and what he stands for. However I look on Scheer as an adversary. I shouldn't have to look on the current guy that same way yet I do.

Trudeau, with his steamroller approach to TransMountain and flooding the world markets with bitumen, has been far more successful than Harper.

If he runs true to course, Trudeau will ignore the dire warnings from the IPCC and cover his trail

.. Thurs and/or Friday, Mound.. the so called discount was described by Bloomberg as 42.25 to 43.25 $ BUT.. the headline was 'Canadian Crude versus American Crude discount'. I called them on that - re the erroneous conflation of misnaming, then mis-use of Alberta dilbit as Canadian Crude versus West Texas Benchmark sweet oil. But that's the standard error or false construct that all lazy Mainstream Media and Canadian political animals will slap together.

Regardless.. the market sets that price differential based on quality, sulphur content and value of recovered diluent.. and of all people you don't need any lessons on how the scam is played. However, the Koch Bros will be thrilled to take rock bottom priced dilbit in a world beginning to be ruled by relatively cheap natural gas - whether piped direct or liquified.

Trudeau has to step up with signed pipeline of supertanker contracts or suck eggs along with Ms McKenna - who I presumed was in charge of Environment, not Resources & extraction or export. The conflation of federal ministries truly went bananas under the thumb of Stephen Harper. He employed weakling posers like Peter Kent on the Environment file, and Harper basically began rolling in as well - Finances (Saint Jim Flaherty) Resources, Agriculture and Fisheries/ Coast Guard into one Uber Ministry while absolutely defying his court defined SARA mandate and responsibility.. re endangered species

Trudeau is just following the same beaten path.. pimping petro, he's almost certainly captured and so buying a pipeline with taxpayer money & planning mam the deal through and to twin it.. and expand tar sands production. I don't see the rest of the world lining up to buy the sludge and absorb the further carbon penalties plus the windblown bitumin coke dust that gets stockpiled as a result. The Koch Brothers can do so under sellout parasites like Trump & the GOP - and fortunately, the prevailing winds don't tend to bring that toxic dust upwind. Washington State may gobble the stuff up for now.. California is slowly shutting the door, maybe it can wend its way to Houston for upgrade, coking and refining or burning somewhere overseas. But Russia will undercut prices via natural gas.. as they need cash. The grain crops are in trouble in Putin land, after previous bumper crops.. and the folks are hungry.. so cash is king.

Nobody has seen a damn thing in writing.. that's how pipelines operate. Shipping via supertankers is an entirely different story.. but the ancillary precursors are staggering takeovers of lands for resource stripping infrastructure buildup, then operations, plus portlands development.. and try to get the foreign owned resources off from 'tideland' to clastal water, where its the foreign registered shipper's problem if things go wrong.