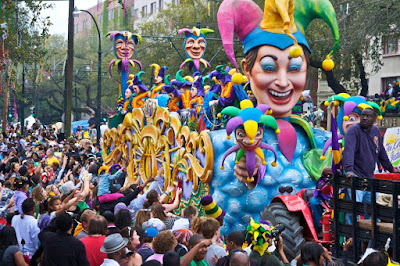 Has the ghost of unified Republican  governments returned to haunt America - and the world?

Hardly a day goes by without another business op-ed predicting a financial collapse either next year or perhaps early in 2020.

Some foresaw a global economic disaster looming when Trump was inaugurated almost two years ago. Why? The history of unified Republican governments, that's why. Give the GOP control of the House, the Senate and the presidency and, sure as hell, they'll crash the economy.


In fact, the ONLY 3 PERIODS of extended unified Republican governments going back to 1900 ALL DIRECTLY led to banking crises….Arguably the 3 worst in US History. To be clear, I am defining ‘extended’ unified governments as anytime they control the House, Senate and White house for at least 4 years. This does not include short 2 year stints since it’s hard to screw things up that quick (FYI there was only 1 period of that anyway, 1953-1955). You can look up the periods yourself here and more detail here.

So, have the Republicans on the Hill and in the White House today sowed the seeds for another great recession, possibly even a global depression? A lot of business and economics types think that's a good possibility.


Goldman Sachs predicted that this year's U.S. fiscal outlook would be "not good," and that U.S. household debt had been increasing since the 2008 housing crisis led to American taxpayers bailing out the big banks.

In 2018, experts said, a $247 trillion global debt will be the greatest cause of the next cataclysmic financial crash. Additionally, low wages and the U.S. national debt's steady rise are expected to drag down the economy.

Economists downplayed recent positive indicators such as low unemployment and soaring business confidence, reiterating they wouldn't last through Trump's first term. At least one expert predicted that recent slides in housing and auto sales were the first step toward a U.S. recession.

Murray Gunn, chief of global research at Elliott Wave International, told the Post, "We think the major economies are on the cusp of turning into the worst recessions we have seen in 10 years. Should the [U.S.] economy start to shrink, and our analysis suggests that it will, the high nominal levels of debt will instantly become a very big issue."

Experts cautioned that several economic markers had gotten much worse over the past decade, especially in regard to borrowed money. The U.S. household debt of $13.3 trillion is now far worse than it was during its 2008 peak, due primarily to mortgage lending.

Outstanding student loan debts have simultaneously increased from $611 billion of unpaid debt in 2008 to more than $1.5 trillion today. Automobile loans have far exceeded their 2008 peaks, sitting at about $1.25 trillion today, and unpaid credit card balances are just as high as the years leading up to the Great Recession.

Central bankers have also more than doubled global debt as they flooded national economies with cheap and easy money. In 2008, global debt sat at $177 trillion, in comparison to $247 trillion today.

“We won’t be able to call it a recession, it’s going to be worse than the Great Depression,” economic commentator Peter Schiff told the Post. “The U.S. economy is in so much worse shape than it was a decade ago.”

The last round of tax cuts for the rich left the US government neck deep in debt kimchee. Economist Teresa Ghilarducci in the September edition of Forbes explains why America's reckless federal deficit is particularly devastating on the eve of a recession.


National debt is now 105% of GDP. Should we worry? Debt alone is not a problem. During WWII, war-related debt was at a all-time high: 118% of GDP. And, debt levels naturally rise in recessions.

So, not all debt is bad. But economists worry when borrowing fuels consumption and not investment. Increase debt to build schools, railroads, health systems, create anti-recession spending, and to fight fascism. Good debt makes us richer. But debt used to cut taxes for corporate stock buybacks and affluent household spending, which yields little research and development and other productive investment is bad debt. Bad debt makes us poorer.

And high debt levels can leave little room to maneuver. The IMF predicts that among rich nations, only the U.S. will increase its debt-to-GDP ratio in the next five years, the wrong direction during an economic expansion. During an expansion, especially the current nearly record-setting long one, debt should be falling, not rising. In Q3 of 2008, the government had collected revenue from the booming economy; the debt-to-GDP ratio was a low 64%. When the Great Recession hit, the government had room to borrow to finance our fiscal lifesavers, including the American Recovery and Reinvestment Act (ARRA) and TARP, which helped keep the deep recession from turning into a global depression.

Government deficits before a recession are even more dangerous. Fueling a large federal deficit before a recession is a big mistake.If the economic downturn hit now the government would have less ammo to fight it. Interest payments alone will take up an ever-higher share of the budget as the debt ratio grows. And as the Federal Reserve continues to raise interest rates, the interest share will grow even faster, again leaving little room to increase spending when the next recession comes.

Now the International Monetary Fund is also predicting a great depression ahead.

The International Monetary Fund head isn’t known for breathlessness on the world stage. And yet the IMF sounded downright alarmist in its latest Global Financial Stability report, stating that “large challenges loom for the global economy to prevent a second Great Depression.”

Italy is the current flashpoint – and the latest target of “domino effect” chatter in frothy world markets. China’s shadow-banking bubble, and the extreme opacity and regulations that enable it, also came in for criticism. And, of course, the 800-pound beast in any room where global investors gather these days: Donald Trump’s assault on world trade.

But the real worry is the health of foundations underpinning these and other risks.

As the BIS [Bank for International Settlements] warned on Sept. 23, the global economy faces a potential “relapse” of the “Lehman shock” of 2008. “Things look rather fragile,” says BIS chief economist Claudio Borio. Equally worrying, he adds: “There’s little left in the medicine chest to nurse the patient back to health or care for him in case of a relapse.”

What does this have to do with Republicans? Plenty. Given a free rein, i.e. unified government, they're the party of deregulation, free markets, tax cuts for the rich and Casino Capitalism. And right now they're on a tear. They're out to defund government so they can justify pillaging Social Security and slashing Medicare. They need a large federal deficit and no one is worrying about the looming recession.,

Ever heard of Hyman Minsky? Long ridiculed by neoclassical economists, Minsky's theory is that, out of the ashes of recession/depression, governments regulate the financial sector, stability returns, the economy rebounds and then the buzzards move in. Deregulation, reckless speculation, unfunded debt - BOOM.

For those (like me) who prefer not to engage in lengthy economics treatises, Minsky's theory has been put in a highly entertaining documentary by Python, Terry Jones, entitled "Boom Bust Boom." A year ago you needed a streaming service account to watch it. Now it's on YouTube. Try it, I think you'll like it.

I can think of nothing more likely to crash the Republicans and Trump in 2020 than a collapse of the American economy. That, however, is still tragic. It's like using a howitzer to shoot rats.
Posted by The Mound of Sound at 11:52 AM

All this means is that the Republicans are doing more to combat global warming than all the liberal parties throughout the world have ever done in their entirety. The Paris Accords have NOTHING on a global recession to stop emissions.

Most westerners--and certainly most Americans--will NEVER voluntarily agree to scale back their carbon intensive, suburban lifestyles. They'll only do it when they have no choice.

LMFAO at the Putin Bot.

Should the [U.S.] economy start to shrink, and our analysis suggests that it will, the high nominal levels of debt will instantly become a very big issue."

So the economy better not shrink.

Recession or not, banksters and leeches from Xxxx Street are going to laugh all the way to the bank.
Karl knows the human nature better than Jay, LFMAO or not.