Bummed Out? Join the Crowd. 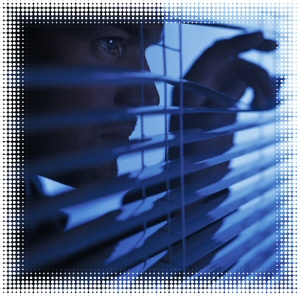 We seem to be experiencing a bit of change. Not "we" as in Canadians. No, "we" as in the human race.

These are some of the questions Gallup asked 154,166 individuals from 140 countries and areas across the globe for its recent 2018 Global Emotions report, which are intended to gauge the global prevalence of negative emotions.

The negative emotions scores collected during 2017 (published in the new 2018 report) were the highest ones reported since Gallup began asking these questions in 2005.

...“Collectively, the world is more stressed, worried, sad and in pain today than we’ve ever seen it,” Gallup’s managing editor, Mohamed S. Younis, said in a letter in the report.

The survey’s respondents represent more than 99 percent of the world’s human population age 15 or older, which means the factors potentially driving these negative emotions are diverse. (Gallup published more details about the survey respondents on its website.) Psychologists say there are some important lessons though for anyone looking at the numbers from world leaders to individuals who identify with the increased negativity reported in this year’s numbers.

Nancy Molitor, PhD, clinical assistant professor of Psychiatry and Behavioral Sciences at Northwestern says it's more than a passing case of the downers.


“Globally there’s upheaval,” Molitor says. There’s migration crises (“and a lot of suffering involved in that,” she says), instability in government (with Brexit happening in Europe, infighting in the U.S., unrest in Turkey, crises in Yemen, and many other places), and dire climate warnings.

There’s a lot of uncertainty, which drives stress, worry, and all of the emotions that go along with that, she says. “And whether you’re politically aware of it or not, it’s kind of in the zeitgeist.”

Molitor says her patients (who are notably in most part middle and upper middle class individuals) are feeling very anxious, overwhelmed, and helpless. “They are feeling under siege,” she says.

I get it. Recently I've been trying to put together an index of trends underway in recent years. There have been some positive trends such as advances in medicine, science and technology - some really good stuff there. Then there's everything else, much of it arising from humankind's relentless abuse of our planet, our one and only biosphere, Spaceship Earth. Once you get into that list you might be tempted to ask, "Holy crap, why are we in such a hurry to kill ourselves off?"

I've been asking that question for a long time and I've concluded that we just can't help ourselves. We exist to consume and, in the process, despoil whatever we can. We do things because we can with scant regard to whether we should. Caution be damned. That's the story of the human species post-WWII.

What could be more obvious than this? When I was born the global population had reached an all-time record of 2.5 billion. Today we've passed 7.5 billion. By 2050 we're expected to hit 9.9 billion, 10 billion on a rounding error. How much has the Earth grown over that time? How much more atmosphere have we accumulated since 1950?

It took almost the entire history of human civilization, 12,000 years to grow our numbers to one billion. Another century to double that. And now, in less than 70 years, we've tripled it again. Before that post war century is out we'll have swollen our numbers fourfold - because we could with almost no regard to whether we should.

So, if you're feeling bummed out, it's not a case of the downers. There's a reason for it, a bundle of reasons why you might be getting those negative vibes.