What of Your "Moral Obligation?" What of Mine? 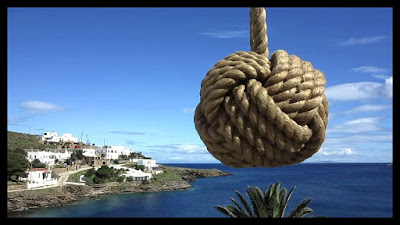 It strikes me as the height of naivete to expect something as structurally amoral as a neoliberal government to recognize a "moral obligation to act" even on something as existential as catastrophic climate change.

This is borne out by the Liberal government of Justin Trudeau. That much is clear from the manner in which environment minister, Catherine McKenna, blew off today's report from the Intergovernmental Panel on Climate Change.

The panel threw down the glove when they said that world leaders have "a moral obligation to act" to avert truly catastrophic global warming.

For me, the Liberal government's dereliction raises the question of what moral obligation do ordinary Canadians have to act if our government will not?

I'm of that age where a lot, okay most, of my contemporaries are gushing at the arrival of newborn grandchildren. How many of them genuinely love those grandkids yet are indifferent to the fate we are bequeathing to them in twenty, thirty or forty years down the road?

What moral obligation to act do we owe to those newborns?

If the government won't act to protect them and all the other newborns around the world, do we have a moral obligation to intervene with our government? Does that moral obligation, if it exists, extend to acts of civil disobedience?

And what if we don't stand up to this government and whatever government is next to claim the throne? Is that an act of betrayal of these new Canadians and those that will follow them?

I don't have any easy or pat answers to these immensely difficult questions. Even I have moments when I find the enormity of our predicament difficult to accept. I too want it all to go away. Only it's not going away. It's only beginning.

illustration: the Gordion Knot
Posted by The Mound of Sound at 6:45 PM

After watching Jr's fossil-fuel-follies, now Horgan's flip to LNG supporter kinda made personal what I've known for a long time:
No political party anywhere in the world can be trusted at this time to put human survival ahead of economic gain.

What a bequest to pass on eh?