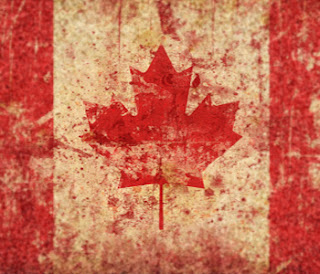 The federal government is scheduled to release a report tomorrow that concludes our Great White North is warming at twice the global rate. Don't worry, we've got a carbon tax to fix that.  Only it won't fix anything.


Entitled Canada's Changing Climate Report (CCCR), the study was commissioned by the Environment and Climate Change Department, and is slated to be officially released on Tuesday.

According to the U.S. National Oceanic and Atmospheric Administration (NOAA), since 1948, global average temperatures have increased by about 0.8 C.

Along with these temperature increases, the CCCR says Canada is experiencing increases in precipitation, particularly in winter, "extreme fire weather" and water supply shortages in summer and a heightened risk of coastal flooding.

Huffington Post interviewed one of the federal government's very own climate scientists, Environment Canada climate science advisor, Elizabeth Bush, who, one might hope has her minister's ear (although there's precious little sign of that).


"We are already seeing the effects of widespread warming in Canada,'' said Bush. "It's clear, the science supports the fact that adapting to climate change is an imperative. Urgent action is needed to reduce emissions.''

The report makes clear that the climate impacts we're already seeing are going to stay with us for "centuries to millennia'' even if we hit the emissions cuts believed necessary to slow warming to a more manageable pace.

Bush said, however, there are two vastly different pictures for Canada depending on whether the world makes significant progress towards cutting net greenhouse-gas emissions to zero by 2050.

The report shows if the world can do that, the average temperature increases in Canada by the end of the century will be less than 3 C even in the hardest-hit parts of the country.

But if the world keeps emitting at the same rate, most parts of Canada will see increases of between 7 C and 9 C, with the far reaches of the Arctic seeing temperature changes in excess of 11 C.

"We are kind of at this fork in the road,'' said Chris Derksen, an Environment Canada research scientist specializing in ice cover.

In the worse scenario, Canada will see 10 times as many deadly heat waves and twice as many extreme rainstorms, the report says.

Wait, I know - let's take 11 or 12 billion dollars that we might otherwise dedicate to climate change adaptation and use it to build a massive pipeline to deliver high-carbon Athabasca tar sludge to "tidewater" in Burnaby from where we can flood world markets with that climate destroying crap. We might even destroy the west coast's rich but fragile marine ecosystem while we're at it. There's an idea, one that Justin Trudeau's government has warmly embraced. And you Liberals defend that prime minister.
Posted by The Mound of Sound at 2:33 PM

We've turned the Earth into a machine with its gears poised to crush us up it as this machine continues to build enough energy before switching on.


That's an apt description, Troy. We used to think Canada stood for great visions. There's a myth shattered into shards.

I was just watching the National via Facebook. The comments accompanying the report on our warming climate were pretty discouraging. Far too many are happy to dismiss science fact as ideological propaganda.

Keep in mind Lorne, that the comments, with out moderation, are the paid, the trolls, shitlords and bots.


There's truth in what you write, Lorne, and in Anon's comment. When we have political leaders like Jason Kenny, Andrew Scheer and, yes, Justin Trudeau, we'll always encounter trolls out to sow confusion and doubt, even now. They do it because enough of the public are susceptible to even blatantly false assurances. Don't worry, be happy.

- Remember that climate change is the first existential threat that human civilization, Canada included, has faced. It is of an order of magnitude more threatening than war.

- Realize this is a "whole of government" size problem. We need to harness the entire power and resources of our governments, federal and provincial, to this effort.

- Measure the magnitude of the danger, and the resources available to respond to it against what these governments are actually doing which is not very much.

I was relieved to see their own report recognize that it is "effectively irreversible" but, as I've been writing for a number of years, what we do now will determine how much worse it will be for our young and future generations.

We do have the fate of the future in our hands, just as Greta Thunberg and her school climate strikers remind us, and promoting the extraction and export of high-carbon fossil fuels, precisely when we need to be going just as fast as we can in the opposite direction, is monstrous.

Bold as it is to say this, what they're doing represent crimes against humanity and yet almost none of us can get our heads around that. We're Canadians. Canadians are nice. Canadians aren't the kind to line their pockets at the expense of the lives of little brown people from poor and vulnerable countries in distant lands. To all of that - "bollocks."

There is no excuse any more for pretending we don't know what that stench is coming out of those smokestacks.