It's Becoming a Tense, Angrier World 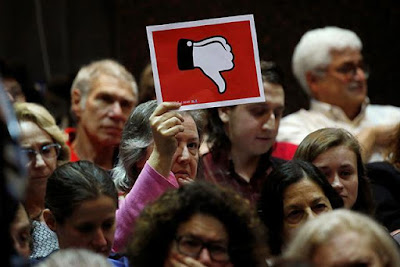 With the path we're on today this probably shouldn't come as much of a surprise but a study finds that we are becoming more anxious and angrier than in the past.

Sometimes, when the “happy mood” playlist you put on abruptly ends, that poses the question: Is it just me, or is the world around me really getting angrier?

Rest assured: It’s not just you.

Last year, 22 percent of respondents across 142 countries polled by Gallup globally said they felt angry, which was two percentage points higher than in 2017 and set a record since the first such survey was conducted in 2006.

Globally, 39 percent of respondents said they faced “a lot of worry” — up one percentage point — and 31 percent even stated they “experienced a lot of physical pain.” Stress levels, however, slightly dropped from 37 percent two years ago to 35 percent last year, which is why the world stayed at its record-high level on the “World Negative Experience Index,” instead of getting even worse. The index is based on five measured negative emotions: anger, worry, sadness, stress and physical pain. Chad topped the list, while Taiwan had the fewest negative sentiments.

Sadly bad temper comes with older age.
I believe most of the nastiness comes from the baby boomers, myself included!
Capping it off the younger generation are just frustrated by the boomers being unable or unwilling to affect real change.
Can't say I blame them.


Gee, TB, I've actually mellowed out with age. Then again I was a litigation-loving berserker when I was younger. Each to his own I guess.