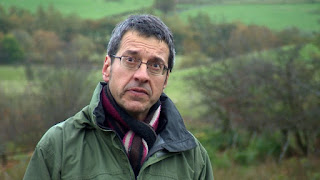 Guardian enviro-scribe, George Monbiot, argues we must recruit nature to help thwart climate change. He notes what we all by now grasp - that 1.5 C "do not exceed" cap, that's gone already. We are in very dangerous territory now. Here's what he thinks might help.


To prevent a full-spectrum catastrophe, we need not only to decarbonise our economy in the shortest possible time, but also to draw down carbon dioxide that has already been released.

But how? The best-known proposal is called bio-energy with carbon capture and storage (BECCS). This means growing wood or straw in plantations, burning it in power stations to produce electricity, capturing the carbon dioxide from the exhaust gases and burying it in geological formations. Yet, if deployed at scale, it is likely to trigger either an ecological or a humanitarian disaster.

One BECCS proposal, favoured by certain governments, would cover an area three times the size of India with plantations. This involves converting agricultural land, in which case BECCS would cause mass starvation, or converting wild land, in which case almost lifeless plantations would replace 50% of the world’s remaining natural forests. Even so, it might not be effective, as any carbon savings would be counteracted by the use of nitrogen fertiliser and the release of greenhouse gases from the soil as it’s churned up for planting. BECCS can lead only to catastrophe, and should be immediately abandoned.

Another option is direct air capture: extracting carbon dioxide with machines. Aside from the expense, which is likely to be massive, the amount of steel and concrete required to build these machines could help to push the world beyond certain climate tipping points before the positive effects are felt.

None of this is necessary, however, because there is a much better and cheaper way of drawing carbon from the air. Natural climate solutions do it through the restoration of living systems. The greatest potential identified so far – as so much land can be used this way – is in protecting and restoring natural forests and allowing native trees to repopulate deforested land. The greatest drawdown potential per hectare (though the total area is smaller) is the restoration of coastal habitats such as mangroves, salt marsh and seagrass beds. They stash carbon 40 times faster than tropical forests can. Peaty soils are also vital carbon stores. They are currently being oxidised by deforestation, drainage, drying, burning, farming and mining for gardening and fuel. Restoring peat, by blocking drainage channels and allowing natural vegetation to recover, can suck back much of what has been lost.

I have been looking into this for several years. It began with the pine beetle infestations that devastated hundreds of thousands of sq. km. of forests across the west from California through to Alaska.

The pine beetles have been here forever. Their population was once held in check over the winter. That required a number of sufficiently cold days in succession. Like the rest of the world, we don't get those lengthy cold spells any longer. We're on this roller coaster of cold days interspersed with warm days. The beetles survive to thrive.

This massive forest die-off has transformed what had been vast swathes of carbon sinks into a giant "carbon bomb" as dead and dying forests succumb to fires and decay, releasing their stored CO2 back into the atmosphere. The pine trees that should have taken their place fall victim to the same pest.

For a while it was hoped the Rocky Mountains would keep the pine beetle infestation contained. No such luck. They've crossed the Rockies and moved into the boreal forests. Ultimately they're expected to reach Labrador.

The good news is that there are other species of trees that can survive global warming and are beetle resistant. The scheme, if it can be shown effective, would be to move through these dead or no longer viable forests, take down those trees, transform them into their constituent components - bio-oil and bio-char - and then replant the clear-cut with more suitable species, restarting the surface carbon cycle, the carbon sinks.

The trick entails adapting technologies already used in the forestry and recycling industries. That part of the concept is already proven. What remains to be demonstrated is that this can be done on a profitable or near-profitable basis.  I do believe I can make the case for a demonstration trial.

We desperately need forests to draw CO2 out of the air. We just need forests suited to the Anthropocene. That can be done. I'm sure of it. Anyone got the number for Tom Steyer?