Will We Let Them Off the Hook Again? Sure We Will. 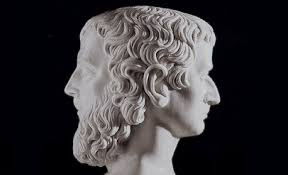 There are times when politicians have to treat voters like grown-ups. This is one of those moments.

Like it or not, we live in perilous times. It is in such difficult times that we need candour and clarity from those who seek to lead us. That's part of progressive democracy.

You might disagree but I believe we need a direct explanation of what our political parties, the lot of them, propose to do about climate change. The warning we've been given is that we have somewhat less than 12 years to slash our greenhouse gas emissions by half if we're to have a reasonable chance - yes, chance, not certainty, not even probability - of averting catastrophic runaway global warming.

That's like a doctor warning you must choose - quit smoking right now or die.

Remember, this warning comes from the IPCC, the Intergovernmental Panel on Climate Change, that, since its inception, has established a dangerous pattern of understating - sugar coating, if you will - its predictions on climate change.  Even the boys and girls with the rose-coloured glasses are saying if we don't give up our carbon-ways and rapidly, we're screwed.

When you're up against a threat like that, you need some answers. You need honesty.

Politicians aren't very good at honesty. That's especially true for the Conservative and Liberal parties that, between them, have shared the reins of power in our country. They'll say pretty much anything and everything they calculate you want to hear, whatever it takes to get your vote, and then, the winner will go about breaking an awful lot of those once solemn promises.

Remember Harper came to power promising two things: accountability and transparency. When those tricks worked, he set about building a Hermit Kingdom, in which government was walled off from the public, their own public service. Harper then set about to implement change by incrementalism, slowly enough you would have to be pretty sharp to notice, its path greased with lies and darkness.

Justin brought a happy face to the scene but his promises of wisdom and light were almost as meaningless as what we endured with Harper. Lots of inspirational talk about electoral reform, social licence, First Nations reconciliation and more. It was all just a bag of shiny things and it worked.

We need answers. How does the petro-state intend to address climate change? Do the candidates accept the IPCC warning? Are they willing to pick up that gauntlet? Do they intend to meet the "50 by 30" challenge or not? If yes, then how? If no, then what?

Carbon taxes - carbon bullshit. There is nothing in a minuscule carbon tax that would remotely meet the "50 by 30" baseline target. One has little to do with the other. Carbon taxes are gestural, nothing more.

We spent a decade in Afghanistan playing the gestural game. We pumped a lot of money and too many lives into that "mission" and we left the place pretty much as we found it. We never had a chance to tame Kandahar province, not with a paltry force of 2,000 for a job that required 15,000 to 20,000. That was a gestural response. Now the Americans are desperately negotiating for a "peace with honour" deal with the Taliban, much like the deal they cut with North Viet Nam to cover their retreat there in the 70s.

There are deep parallels between how we approached Afghanistan and how we're approaching climate change. The big difference is that climate change is something we just cannot walk away from. It won't let us.  Hiking a mile uphill is not the same as summiting Everest.

For me the question is going to be whether the candidate accepts the IPCC "50 by 30" warning and has a credible plan to meet it. A credible plan, not just carbon taxes.

Credible as in understandable and believable. You have to see how they intend to get from here to there and you have to consider whether they're believable. On both scores, Andrew Scheer is a write-off. He won't pretend that he'll make changes of the required magnitude. He's all for going the other way. His "executive prime minister," Jason Kenney would see to that.

As for Justin Trudeau, we've seen how he meets his promises. He apologizes. He's an ardent neoliberal and he believes in the petro-state. "50 by 30"? How do you figure the chances of Trudeau even promising to meet that target?

Our very survival as a civilization is at stake. It will take a truly Herculean effort and there's precious little time remaining to us. It would be costly and immensely disruptive to meet the target.

One won't. He's the honest one. The other will say he will but won't. Neither of them is worth a tinker's dam. Then again they don't have to be one whit better than they are. When the ballots are counted this October, the two of them will have, between them, about 70 per cent of the vote. With that near certainty, honesty doesn't have much relevance.
Posted by The Mound of Sound at 8:42 AM

"There are times when politicians have to treat voters like grown-ups."

I'm not convinced that most politicians are grown-ups.

I saw a headline on National Newswatch about a secret meeting featuring Scheer and oil representatives to plot the demise of Trudeau. Its behind a paywall at the Groat and Flail.


Rumley, they've known they're in the driver's seat since Trudeau and Morneau panicked and bought the pipeline from those Texas snake oil salesmen, Kinder-Morgan, for a price nobody else would touch.

That they don't have that pipeline by now is only because it's been held up in the courts. That's not Trudeau's doing. It was Trudeau's people, after all, who rigged his own government's assessment of Trans Mountain.

I know you've got a soft spot for this guy, Rumley, but really, who does this?

.. what's really 'in it for Canada'.. for Canadians ? You know, the fabulous nirvana or rapture of the tar sands.. ripped, stripped, pumped, flushed.. and that different extraction process.. fracking of oil and natural gas ? Who can pull that into view for us? In a matter of words, sell us on how important it is 'to Canada' .. how wonderful, the 'economy' (whose economy?) that - must ever be growing economy ? And all that 'job security' for hard working middle class Canadians and temporary foreign workers ? The wonder of 'Energy Security For Canadians' once the miserable dilbit and synbit get pumped away to foreign lands

From Scheer, Trudeau, Singh.. I get effusive propaganda whacks to the forehead. Andrew Scheer covering all religious bases in one day of taseless posturing photo ops. Trudeau rolling up his sleeves & posturing, Singh bleating his fluff. Our so called 'public servants' remind me more and more of some sort of religious club or cult for stooges. Hell, we paid for Scheer to pimp his image in all those holier than thou stsgings by dim, shrill politicsl party apparatchiks. We pay these people to posture, connive, obstruct, shout.. what an amazing grift. And we cover their pensions.. day to day expenses.. we.. or at least the media, positively fawn over them.. like drones polishing the queen bee's abdomen..

I still puzzle over the solution. Or where to find it. Or how to find it. The magic key that forces MainMedia to become 'responsible'.. the magic key that shames political parties.. hounds them, whips them.. straightens rhem out. We're in trouble.. yes, trouble in paradise. Canada, our huge compartment of Spaceship Earth. Our political parties are abject failures.. we may as well let the Catholic Church run elections and government.. and tell us later how a burning bush or parting of the Red Sea bestowed Moses of the Bullrushers upon us via the virgin Jason Kenney.. who surely has seasons tickets for prairie godhead rehearsals.

Its very discouraging, Mound.. I don't think its recoverable.. more, I suspect we have to crash.. like an alcoholic or drug abuser.. dry out, cold turkey rebuild, overhaul. We have to address overpopulation.. over consumption.. and ruination of environment. Killing the canary in the coal mine to silence it is not a solution.. we need more canaries... We know.. so much, we do so little.. its pitiful. We subsidize failure by political parties addicted to money.. A world out of order.. Koyaanisqatsi .. a life out of balance.. (from the Hopi) Hell, we don't 'walk in beauty' .. we stumble in the dark.. we deserve to live in the muck.. if we let this country plunge off a buffalo jump.. out of illusionary greed,