Okay, Liberals - The "All You Can Eat Buffet" is Open 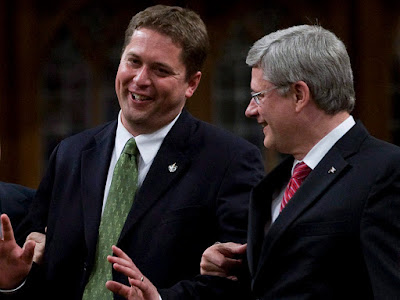 It's not that often Liberals get to say nice things about The Tyee but there's a lot of good stuff in it, sometimes even for Grits.  A very popular entree at the moment is a 2015 Tyee article, "Harper, Serial Abuser of Power: the Evidence Compiled."

The article lists a handsome array of 70 Harper government "assaults on democracy and the law."

This isn't directly flattering to the Justin Trudeau Liberals but it does help remind us that Harper was way more corrupt than the current regime.  Then again, he had nearly a decade to abuse Canada's democracy and our laws. Justin is barely out of the starting blocks.

It's perfect when you need one of those "yeah, well whatabout" moments.
Posted by The Mound of Sound at 9:44 AM

A timely reminder to 'watch what you wish for' Mound!

Yes, indeed, I recall your own list. How many hours did that take?

Oh! How delectable! Meat right off the bone. Anyong

It has been quite something watching the party whose main selling point is being even more corporate-friendly than the Liberals, denouncing the Liberals for being corporate-friendly. Of course, none of the media seems to see anything inconsistent about this, or to note that there is only one party in the house of commons which makes even a technical claim to having any problem with corporations.
(Green position on corporatocracy is unclear to me; they seem to want to be "post" all that. There are certainly many cases in which the Green party disagrees with what particular corporations want, but I don't think they're willing to extrapolate that to any kind of general principle)


I also have reservations about the Green Party, PLG. Yet with what we face from the Conservatives, the Liberals and the New Dems, they're our last best hope. I wish Elizabeth May was much more aggressive. The Greens might do well to take more policy cues from the Council of Canadians.