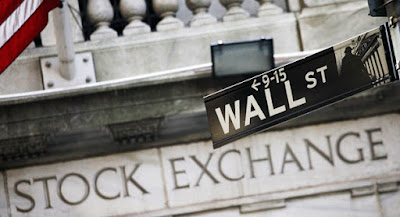 It's the money, Honey.

It has finally dawned on Wall Street that climate change comes with a price tag.

From IBM and AccuWeather Inc. to outfits like Riskpulse, Jupiter and DTN, companies that track weather have created an intensely competitive new industry in just the last five years. Their client lists have grown to include insurers, banks and commodity traders, engineers and architects, shippers, retailers and the travel industry. And little is done without their input.

Wall Street has arrived late to the party.  The global insurance industry has been alive to the climate factor for years. It's a costly threat.  In March, the giant German re-insurer, Munich Re, warned that climate change losses could drive the price of insurance premiums beyond the reach of many homeowners.


Ernst Rauch, Munich Re's chief climatologist put it this way: “If the risk from wildfires, flooding, storms or hail is increasing then the only sustainable option we have is to adjust our risk prices accordingly. In the long run it might become a social issue,” he said after Munich Re published a report into climate change’s impact on wildfires.

“Affordability is so critical [because] some people on low and average incomes in some regions will no longer be able to buy insurance.”
Nicolas Jeanmart, the head of personal insurance, general insurance and macroeconomics at Insurance Europe, which speaks for 34 national insurance associations, said the knock-on effects from rising premiums could pose a threat to social order.

“The sector is concerned that continuing global increases in temperature could make it increasingly difficult to offer the affordable financial protection that people deserve, and that modern society requires to function properly,” he said.

The smart money, or the experts who advise the smart money, also know that climate change is not a linear process. It can and will see major seismic impacts. For example, attention is now focusing on "ice cliffs" of Greenland and the Antarctic that are slumping and will possibly lead to abrupt (a decade or two) sea level rise of up to three metres. No one is prepared for that, certainly not "sea to sea to sea" Canada.  An event such as that could be devastating to the global economy. It would overwhelm many coastal cities and ports and cause massive displacement of coastal populations.

It doesn't help that many important countries are now run on the "never, never" of perpetual borrowing. The Pharaohs knew to keep the Nile granaries full for those years that the river didn't flood the farmland, triggering crop failures. I guess we're smarter than those ancient Pharaohs. Their granaries were kept full. Our treasuries are empty. Oh dear.

I've always wondered why the deniers, if they're so damned sure they are right (and it's all a Chinese hoax), don't get into the insurance game. The rates the insurance giants are charging should be easy to beat, right? No-brainer, easy-peasy money flowing right in! Hey, Koch Bros. Fox millionaires!

(looking for something I can short, and retire on!)


The easy answer, Mike, is that they don't believe what they're saying. They know the reality of climate change and the devastation it will wreak. They have a "just not yet" attitude. There's still a lot of money to be made by delaying action on climate change.

Look at Canada's federal and provincial governments. The feds impose a purely gestural carbon tax while pouring billions into fossil fuel subsidies and billions more into buying a pipeline to flood world markets with toxic, high-carbon sludge, bitumen. They know the havoc that will cause in the poorest and most vulnerable countries and they know the likelihood that their Carbon Bubble will burst. If their focus was 10 or 20 years from now their policies would be insane. Only on a short-term approach can it seem rational.

During the supper hour today here in NS, CBC released preliminary highlights of a climate report that Canada is warming at twice the rate of anywhere else compared to 1948 norms. The doom and gloom was quite intense, predicting wildfires ruining what's left of our forests and intense drought in the Prairies. Since I had thought we had earlier been informed Canada was likely to warm more slowly than most places, with the tropics being the worst, this was not welcome news.

BM, I have linked to the report in a post above. It's about 45-pages in total, not a hard read, if you're interested.