Would a Progressive Kill for Profit? 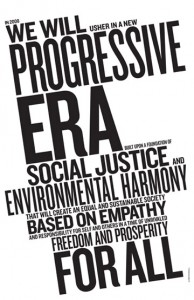 Krugman explores how Trump's de-regulation rampage is giving rise to threats that will accelerate premature deaths among Americans. It's a limited focus piece and I won't get into it.  However it did raise the question of whether many of our leaders have clean hands when it comes to policies that will spread death, misery and dislocation throughout the world.

In Canada, that's an accusation that can attach to most of our political caste of all persuasions. We're a growing petro-state at the very moment when the last thing the world needs is petro-states.

Many of us politically positioned to the left of the Conservative Party of Harper and Scheer fancy ourselves as "progressive." I've found that laurel used in the most vague and flimsy way. Those schooled in the progressive movement would not recognize much of their ideology in Canadian politics today. Perhaps we think of ourselves as progressive neoliberals, a true oxymoron.

Which invites the question, would a progressive kill for profit?

There are lots of ways to kill for profit. We used to be a major exporter of asbestos, continuing even as only the most unscrupulous governments would accept our lethal product. Harper had to be shamed into stopping the asbestos trade and he did not do that willingly.

Yet aren't we doing pretty much the same thing with our exports of thermal coal and bitumen, two huge sources of greenhouse gas emissions that, to put it bluntly, our planet and the species that inhabit it, can no longer bear?

For now the worst impacts, that will emerge with far more grotesque clarity during the coming decade, are mainly absorbed by the people of other, more equatorial countries. Little brown people from poor and vulnerable societies that cannot push back against us - for now. Eventually, perhaps sooner than we imagine, our young people and those that have followed them, will have to take their turn to endure what we are bequeathing them.

Tell me, what kind of progressive would knowingly do that? Please, explain to me what is the progressive justification for that? Perhaps it's just me. I never understood progressivism to be a death sentence for anyone. I'm not saying I can't be wrong but that's not my take on it. Is there a new, anthropogenic progressive ethic?

Enlighten me, if you can. But if you can't, please give up the whole conceit of being a progressive if you're going to support the very neoliberal petro-state of Canada and the leaders who drive it.

Progressivism in the early 21st century confronts a reality that didn't exist in the early 20th century. In the earlier days it was a weapon of reform and advancement. But there is much in it that can also serve as a weapon of conservation and protection in this far more dangerous time.

Progressives used to insist -- with Teddy Roosevelt -- that "malefactors of great wealth" not be allowed to corner the market on anything. But today's robber barons walk on an international stage. And they're harder to confront.

Progressivism was expunged under the order ushered in by Reagan, Thatcher and Mulroney. Governments shared some fairly significent incidents of sovereignty with the markets and the markets would not brook progressive ideology.

Harper embedded neoliberalism is our politics when he successfully moved Canada's political centre well to the right and both the Liberals and NDP trailed along in his path. As the Libs became Conservative-Lite under Iggy, progressivism was expunged. It's never really returned.