Conrad Black is more famous now than at any time in his life. Even al Jazeera has run a story on the guy. His name has been splashed around every major newspaper in the English-speaking world. It's the story of Icarus flying too close to the sun and plumetting into the sea. A man of privilege and wealth who fell victim to his own greed. The stuff that gets churned into movies.

Now I know CBC did a docu-drama on the man but it was far too CBC for mass consumption. No, once the trial is over this will be the fodder for mainstream movie treatment. Perhaps the measure of Black's life will be whether that translates into a real flick or a made-for-TV yawner.

Here's the question: who would you cast to play Lord Black and the other half of this story, Barbara Amiel? I'm having trouble coming up with an actress to play Babs but I have a guy in mind to play Connie - cold, aloof, at times sinister. The only drawback is that he's dead. My pick is Charles Laughton: 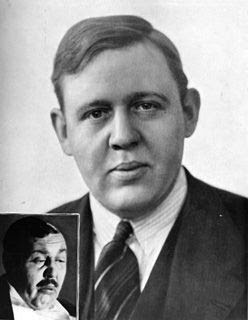