Tell Us Karlheinz, Please Tell Us 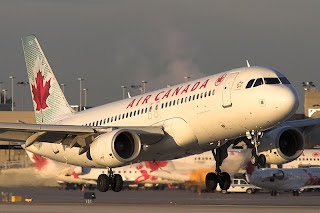 Some Canadians, like Stephen Harper for example, think the Airbus scandal is over, closed forever. Others, such as insider Karlheinz Schreiber, believe there's a lot more to this story to be told - and they're right.
Of course Harpo is now best buds with the very guy whose conservative government led to the breakaway of Preston Manning's Reform movement, Brian Mulroney. Looking into Airbus revelations will entail looking at Mulroney and that 2.1-million dollar settlement he extracted from Canada after suing for defamation.
One troubling issue concerns a statement made by Mulroney, under oath, when he was deposed in his defamation action. In his sworn testimony, Mulroney said that he had never had any business dealings with Schreiber. Faced with that statement, under oath, from a former Prime Minister, the Liberal government cratered and settled with the guy for cash and an apology.
A few years afterward, CBC got its hands on Schreiber's European bank records. The statements showed money paid to Schreiber by Airbus, money Schreiber claims was "schmeergelder" or grease money, a bribery fund related to the Airbus/Air Canada deal.
The bank records also showed three transfers from the Airbus money account, each to the tune of $100,000.
Schreiber later told CBC that the money went to Mulroney. He claimed that three times he met Mulroney in a hotel coffee shop and three times he passed him an envelope with $100,000 in cash.
When confronted with this allegation, Mulroney acknowledged the payments which he described as a retainer for legal services to be rendered to Schreiber although there's no evidence of any of this money going into Mulroney's then law firm's trust account or of any legal services actually rendered. Schreiber denies that Mulroney performed any legal services for him.
Another curious point uncovered by CBC was the way Mulroney seemingly handled the money for tax purposes. After the allegation surfaced and Mulroney came up with the retainer explanation, he did a retroactive and amended income tax return declaring additional income. The late Frank Moores, also associated with the Airbus scandal did the same income tax cleanup.
Other than CBC and The Globe & Mail, the discrepancy about the Schreiber payments has never been investigated. Surely if Mulroney claimed, under oath, he had no dealings with Schreiber and, later, when the records came out, admitted he'd received a "retainer" from Schreiber, the evidence our government relied upon in handing Mulroney two million wasn't true.
There's no question that Schreiber is raising this now to bring political pressure to bear while he waits for a May hearing by the Ontario Court of Appeal on his extradition to Germany. However, enough has been uncovered to clearly warrant re-opening the enquiry into the Airbus deal. With his clear conflict of interest, Harper should at the very least explain why he won't look into this.

Absolutely should be investigated and every detail made public. It's only when we know where we have been, we have an idea of where we ought to go.