Maybe the European Union Will Lead After All 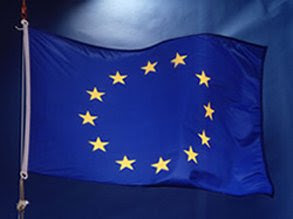 Just a few days ago it appeared that France and several Eastern European states might sabotage the European Union's ambitions plans to slash greenhouse gas emissions and lead the fight to counter global warming. They tried but they failed.
German Chancellor Angela Merkel held her ground and managed to bring concensus to the 27-nation union. From Spiegel Online:
"At first glance, Merkel -- currently occupying the EU's rotating presidency -- and [European Commission President] Barroso have a lot to celebrate. Everything they wanted to get passed got approved -- and even quicker than the day's agenda called for. For the first time in its history, the European Union has a comprehensive agreement on its climate and energy policy:
"By 2020, CO2 emissions across Europe are to be cut by 20 percent as compared to 1990 emissions.
"Renewable energy sources are to make up 20 percent of the EU's energy mix by 2020 -- up from their current 6.5 percent share."
Spiegel warns, however, that the toughest part is yet to come, implementation:
"The Council has only formulated an abstract goal. The real struggle is reserved for the EU Commission, which now has to negotiate with each individual member state over its emissions and its energy mix. At the summit, Merkel has already had a foretaste of just how much each country defends its own interests, whether that is cheap coal (in the case of Poland) or nuclear power (in the case of France).
"The decision over renewable energy in particular led to heated discussions which could only be defused on Friday morning. France joined together with several Eastern European countries to create a front against the plan proposed by Germany, the UK, Italy and the Scandinavian countries to set a binding target."
Still, the agreement is an important step even if only a tentative, first step. Much negotiation remains to transform the political commitments into tangible emission reductions but the first step has been taken. In this the EU has far outpaced anything proposed in North America.
Posted by The Mound of Sound at 11:09 AM

The Euro politicos will not roll anything back below 1990 levels . . this is just talk.
New documentary released this week . . . . by real scientists!!!

Accepted theories about man causing global warming are "lies" claims a controversial new TV documentary.
'The Great Global Warming Swindle' - backed by eminent scientists - is set to rock the accepted consensus that climate change is being driven by humans.
The programme, to be screened on Channel 4 on Thursday March 8, will see a series of respected scientists attack the "propaganda" that they claim is killing the world's poor.
Even the co-founder of Greenpeace, Patrick Moore, is shown, claiming African countries should be encouraged to burn more CO2.

Dr T. Ball PhD, and other real climate scientists did this documentary . . . quite a contrast to Al Goar, divinity school dropout . . . who promotes his non-factual scare piece.

Question . . . do you think Dr. Bell will get nominated for an accademy award?

It's amazing how you conjure up the likes of Ball as an "eminent scientist." You simply can't tell a scientist from a hack. Try reading some scientific materials instead of the nonsense dished out by FOX and NewsMax. You might learn something NDIP.