It's Not Going to Happen 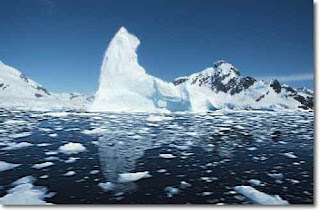 Maybe we really are lemmings but in just about every corner of the northern hemisphere there are signs that governments are dragging their heels on effectively reducing greenhouse gas emissions.
The Global Warming poster boy, the United States, says the best it can do is a 20% increase in GHG emissions over the next decade. Our own prime monster, Harpo, seems intent on following suit with his own "intensity based" targets. The two emerging, economic superpowers - India and China - have shown little commitment to curbing GHG emissions although China has been talking a lot about it lately. Now we have the European Union, the place where many hopes were anchored, beginning to balk. From Spiegel online:
"France and 10 other countries, including several in central Europe, have already indicated that they are uncomfortable with binding targets or quotas.
"The EU currently accounts for about 14 percent of global greenhouse emissions. Yet, as emerging economies such as China and India grow, Europe's share of the worlds emissions are receding. China is already second only to the United States in its CO2 pollution. On Monday China's Prime Minister Wen Jiabao announced that the country would do more to save energy and cut pollution, but he didn't set any specific targets.
"The left-wing Die Tageszeitung writes.
"'To reduce the emission of greenhouse gases in a market economy, it has to be made more expensive ... The easy way is to implement an environment tax: The increase in income from energy consumption then flows directly towards reducing other taxes and expenditures.'
"'Some European Union countries obviously want to prevent an agreement on binding emissions targets -- and do not want to accept penalties in the case of failing to meet these commitments.'
If Europe folds and fails to put in place binding and effective measures to reduce GHG emissions, I expect it will set the tone for the remainder of our northern hemisphere. Washington and Ottawa will certainly use it for all it's worth to justify their own lax GHG policies and our vacillation will undoubtedly be pounced upon by China and India for the same purpose.
That's not to say that the day isn't coming when all of these nations finally get the "GHG" problem. As drought, floods, violent storms, warming, desertification and population migration reach a certain threshold of destruction and economic disruption, attitudes will change. The problem is that threshold is very likely to be past the tipping point.
Well, at least we can't say we didn't have one last opportunity to confront the problem and do something meaningful. Of course, we'll be gone by then. It'll be the generations we've bequeathed this to that will do the talking. I can only imagine what they're going to think of us.
If we continue to treat the solutions, imperfect as they are, as a burden rather than an opportunity, we're heading down a path where we'll eventually confront much greater burdens that will dictate our future for countless generations to come.
Posted by The Mound of Sound at 12:33 PM

I, too, am becoming exceedingly pessimistic. I liken our behaviour to an alocoholic who drink himself to death. We know we are being destructive, but we do not have the strength to stop ourselves. We are addicted to the ease and convenience of our lifestyles.

The greatest generation beget the boomers, who beget the worst generation. We had the chance to show our quality and we failed hopelessly.