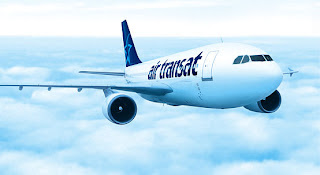 The judge associated with the 1989 Dryden air crash and the subsequent overhaul of aviation safety in Canada has warned that spending cuts are setting us up for another air disaster.
Judge Virgil Moshansky conducted the probe into the 1989 Dryden crash. Now he says that government funding cuts to Transport Canada are recreating the conditions that led to the previous disaster. From the Toronto Star:
"Virgil Moshansky yesterday issued a scathing condemnation of Ottawa's move to give Canada's air carriers greater responsibility to oversee the safety of their operations. "Today, 18 years after Dryden, history is repeating itself, only worse," Moshansky told the Commons transport committee.
"'Cost-cutting is again in vogue at Transport Canada, and has been for some time,' he said.
"At the centre of the debate is a move by Transport Canada to give both large and small air carriers more responsibility for overseeing their own safety, a new regime known as safety management system (SMS).
"While icing on the wings was blamed for the crash of an Air Ontario Fokker F-28 jet that killed 24 people at Dryden, Moshansky's three-year inquiry uncovered serious problems at Transport Canada, including lax oversight of airlines that allowed safety problems at Air Ontario to go unchecked.
",,,at the time of the Dryden inquiry, there were 1,400 aviation inspectors, about 400 short of what was needed for adequate oversight, he said. Today, there are between 800 and 850 inspectors.
"He urged the committee to recommend more funding for the department so it can properly carry out oversight and enforcement and avoid 'the slippery slope to another Dryden.'
"'In the interests of the safety of the Canadian air travelling public, I urge this committee to reject the proposed dismantling of the aviation regulatory oversight system,' he said.
"Transport Minister Lawrence Cannon defended the move, saying it added a layer of safety.
"But Moshansky ripped that defence, saying that the department is eliminating its oversight role. He urged the committee to recommend legislative changes to ensure whistle-blower protection, proper regulatory oversight and adequate funding."