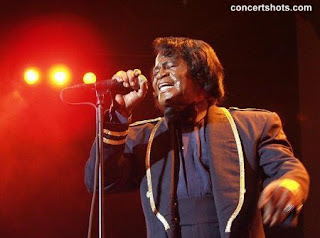 I Don't Think It's This Guy Either

The Times of London reports that a controversial Catholic Cardinal says the Antichrist is coming:
"An arch-conservative cardinal chosen by Pope Benedict XVI to deliver this year’s Lenten meditations to the Vatican hierarchy has caused consternation by warning of an Antichrist who is 'a pacifist, ecologist and ecumenist.'
"Cardinal Giacomo Biffi, 78, who retired as Archbishop of Bologna just over three years ago, quoted Vladimir Solovyov (1853-1900), the Russian philosopher and mystic, as predicting that the Antichrist 'will convoke an ecumenical council and seek the consensus of all the Christian confessions'.
"The 'masses' would follow the Antichrist, 'with the exception of small groups of Catholics, Orthodox and Protestants' who would fight to prevent the watering down and ultimate destruction of the faith.
"The choice of Cardinal Biffi raised eyebrows in the Vatican, given the cardinal’s forthright and sometimes eccentric views. The cardinal warned of the coming of the Antichrist during his two decades as Archbishop of Bologna, and said an “invasion” of Muslim immigrants was undermining Europe’s Christian values."
And we thought Pat Robertson was a nutbar.
Posted by The Mound of Sound at 12:55 PM

He's not a nutbar. Take the time to read his comments. They may be unusual, but they're thoughtful.

Catholic Cardinals are genuinely intelligent people, eccentric or not. Pat Robertson is just a fool.