Rivers of Venom in Gaza 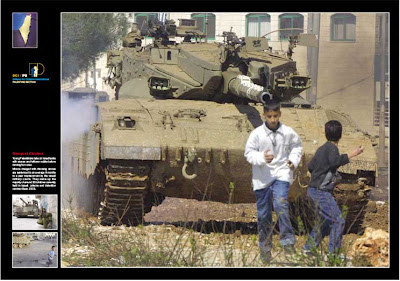 A ceasefire may finally be at hand. It's being widely reported that the Israeli government cabinet has agreed to implement a ceasefire this weekend but on what terms remains unclear. Some believe the deal will see Israeli troops and tanks remain in occupation of Gaza for an indefinite period.

An end to the massively excessive carnage certainly will be a welcome development but it raises the question of what's next? How does Israel build on whatever it is it thinks it has achieved? How do the Gazan Palestinians recover? How does anyone find peace out of this savagery?

It's hard to see how Israel hasn't cut its own throat. The Israeli military campaign was utterly misconceived. It had no achievable strategic objective. The IDF knew it stood to repeat the strategic blunders it created in Lebanon in 2006. It knew that punishing the civilian population without destroying Hamas would only enable Hamas to emerge stronger.

This war was never about more than winning votes in the Feburary 10th elections and, given its continued popularity with Israelis, it might still yield dividends for Barak and Livni. It was a stupid war waged for a corrupt purpose, the sort of war that virtually never succeeds.

Israel's use of collective punishment against the Gaza Palestinians has been myopic. To believe that it could somehow counter militants firing a few feeble rockets into nearly Israeli communities by depriving the civilian population of food, medicines and other necessaries of life was just plain dumb. To cap that off with three weeks of airstrikes and artillery barrages, heavy firepower, area-weaponry that had no application in densely populated, urban settings, was to take collective punishment to a new level of barbarity.

Israel will not be forgiven for the hundreds of civilians, especially the hundreds of children, it slaughtered. It has handed the Gaza militants and Islamists in every corner of the Muslim world a brand new reason to hate Israel and seek revenge.

It may be too much to expect an actual ceasefire while Israeli forces remain in occupation of the Gaza Strip. There are just too many people now willing to put a round in any Israeli soldier's back to prevent the sort of incidents that will almost surely lead to a resumption of Israeli attacks.
Posted by The Mound of Sound at 7:22 AM

"It may be too much to expect an actual ceasefire while Israeli forces remain in occupation of the Gaza Strip."

Correct. All it will take will be an angry Palestinian or a member of Hamas to kill 1 Israeli soldier, or take hostages, & it will start all over again.

I'm not so sure it's just the upcoming Israeli election that caused the Israelis to go to war here. I'm sure the U.S. govt. was behind this as well for whatever their reasons may be. Probably to make deeper inroads into the Middle East heading towards Iran.

MoS, did you ever find out anymore info on that Con govt. pro-Israel group?

A pertinent question; could they have been so stupid as to think these actions would succeed in achieving their stated goals?

Although the short sightedness of many current political leaders may suggest it is possible, I have doubts. I think this a part of something much much bigger, perhaps even global in its furthest extents.

I am thinking that a great deal of what is going on in the world, including the current financial debacle has to do with community of "white russians" so to speak, and in fact the entire capitalist system as we know it, staging to put the incoming Obama administration in a position where it will be under their complete control as has been the case with the ideologically driven Bush admin.

There are so many areas where they can exercise extreme prejudice, that one can only stand back and watch it all unfold.

One thing they are clearly showing is that will not go quietly into the night. They bring a new meaning to the term, Armed and Dangerous.