Are We On the Road to War? 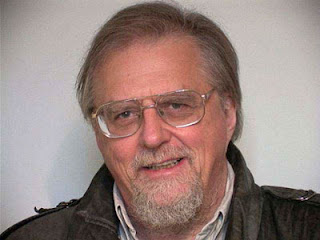 We've all had that feeling. You're going down the wrong road, heading in the wrong direction. It's a predictable process that begins when you first suspect you're not on the right path but you don't stop and turn back on a mere doubt. You keep on going as that doubt steadily grows often hoping that another block or another mile will dispel that doubt even as it continues to build. Finally you reach the point of resignation where you accept that you need to go in another direction, you need to be on another road.

I think that stands as a metaphor that pretty much sums up the path our Western society has taken over the past three decades at least, perhaps more. It explains a great many misfortunes and perils that confront and, worse, confound us today. We've been travelling down the wrong road, in the wrong direction and we've been doing it just as fast as our feet will carry us.

Does a society have any greater core purpose than its own continuation? Surely that must be the sine qua non of our astonishingly intricate community of nations. Nations come and go but societies must continue for there to exist anything to replace the old, the dysfunctional, the obsolete.

If you accept the premise of continuation, ask yourself why, then, are we heading down a road that may well lead to the failure of our prime purpose? Why would any society or any community of nations pursue a path that may lead to rendering our one and only biosphere uninhabitable? We're heading down the wrong road and the doubt is far more than strong enough that we should be changing course, getting back on the right road, travelling in the right direction.

The apparently no longer scruffy, Scruffy Dan, sent me a link to a documentary series by Gwynne Dyer that aired on CBC radio's Ideas programme. The documentary consists of three segments. You can listen to it here: http://www.cbc.ca/ideas/features/climate-wars/index.html

The series, entitled "Climate Wars" examines global warming induced climate change from the military perspective. If you're planning on being around for another two or three decades or you've got kids or grandkids or the expectation of same, you really need to listen to these recordings.

Dyer shatters a number of lies we've been telling ourselves so that we can keep racing down this wrong road. The first is that we're somehow going to keep temperature increases within the 2 degree target. He concludes that we're going to 'blow right through that.' The next lie is the notion of achieving an effective, international consensus on fighting climate change. The third lie is that global warming is an environmental issue rather than a global security nightmare.

As Dyer quite rightly points out, most credible climate scientists are, to be crass, scared shitless. Again and again they're finding their most dire predictions proven unduly optimistic. This business is hitting us harder and much faster than anyone believed possible. Worse yet, our leaders are still shuffling along, hoping to reach some international action plan based on the 'best possible' predictions that are already long irrelevant. Essentially, we're all geared up to keep heading in the wrong direction and doing that knowingly. Because we're not meeting the problem head on, it's already getting out of our control. A likely outcome is 4 degree warming this century. We may see 2 degrees by 2040 which is when the wheels will begin falling off.

No international consensus, at least nothing that might work, is going to be achieved. That's because the impacts are already happening and what's already in the atmosphere is going to make conditions worse even if we stopped emitting greenhouse gases entirely today. That, of course, is not going to happen. Ours is a carbon-based civilization. Now we have two nations representing a third of mankind transitioning from agrarian states to industrial powerhouses. Think the Chinese can run those factories and smelters on solar panels and windmills?

As Kyoto critics complain (quite correctly) really fighting global warming won't be fair and equitable. Those societies which are actually among the least affected would have to give up the most. That would be you and me and pretty much every other country where there's an abundance of white people. It's a tough sell, especially when we tend to see the really dire impacts as being a long way off, possibly a century. Maybe we would be more open to suggestions if we weren't the most affluent and the best armed.

And then there's the military face of global warming. (Here's a hint - it ain't the weather that's going to kill you) Dyer's calling them 'climate wars' and they've already begun. These are wars of survival and it's amazing what people are willing to resort to in order to save their own tribe. Right now it's pretty much limited to folks with sharp sticks and Kalashnikovs but that's not going to last.

Shift your attention to the Himalayan glaciers and then start thinking about Pakistan, India and China. They all have two things in common; (a), a looming, potentially existential water crisis and (b), nuclear arsenals. Dyer quite correctly notes that India is facing the loss of its key, agricultural rivers. This could leave the country with no food for upwards of 250,000,000 Indians. Now, do you think India is going to voluntarily share its declining water resources with Pakistan?

China faces a similar loss of agricultural production and the resultant instability caused by mass famine. One of the places that will actually benefit from global warming is Siberia, a region to which China has never relinquished its claim. That could be the next nuclear war.

Now I don't want to go into the theories of nuclear escalation. Believe me, if you don't know them, you probably don't want to. Nuclear Winter is not really an ideal answer to global warming.

Then there'll be enormous tensions between North and South America and regional issues within continents. As Dyer brilliantly put it, when it comes to global warming, each nation's greatest threat is the nation it borders that stands between it and the equator. All of us up here in the True North Strong and Free should dwell on that for a minute.

It's not going to take more than a couple of metres of sea level increase to create masses of climate refugees within the United States. That means the Americans are facing the prospect of having to relocate inland masses of their own people and a lot of that inland territory is facing either drought or freshwater exhaustion. There's nothing for them looking south so what do you think their alternative is? Yes they're hillbillies but those hillbillies have all the guns.

It's when you finally take the blinders off and have a good, long look around that it becomes brutally obvious that we're on the wrong road, headed in the wrong direction. Once you have that epiphany you'll never look at our political leaders the same way again. Suddenly stories about how the Tar Sands are Canada's path to prosperity through the 21st century and the key to national unity sound worse than idiotic gibberish.

Do yourself a favour. Follow that link and listen to those documentaries. It just might be the most valuable time you'll ever spend.
Posted by The Mound of Sound at 8:56 AM

The worst thing about Dyer's book / talk is that he can usually be relied on to understate problems.

If this is the understatement...

Thks for the link.

The main themes of these episodes are subjects that I and many others have written about for some considerable time. Unfortunately most of these issues have passed totally beneath the radar for the public at large.

Dyer is no alarmist and these radio pieces make liberal use of top sources from the Pentagon and the scientific community,American and European.

Through extensive research and his access to the best and brightest, Dyer has connected the dots and brought forward a comprehensive picture of what we're facing and why we need to deal with it - NOW. In this context, we see the global warming issue not as a slowly emerging environmental threat to distant generations but as a much more immediate, security threat that could undo modern civilization long before the climate change impacts fully reach the Western nations.

Shining a light on this usually obscure dimension of the climate change scenario provides a dandy measuring stick by which to judge the real measure of our supposed, political leaders. At once they're exposed as being not leaders but technocrats, managers with little vision and an alarming deficit of courage.

As a society, we need to be carrying on this debate at the individual level now and we need to do it ourselves because none of our leaders want to touch it. This is a tragic example of how their corporatist mentality places them in an extremely dangerous conflict with the interests of those they're supposed to serve.

As the experts state so clearly in this series, we are going to be facing extreme weather and global unrest as the earth continues to heat in the next decade, and we desperately need political action to implement a global effort to reduce GHG emissions from fossil fuels and stop deforestation. What frightens me most is the third part of the series and the discussion of "geo-engineering" as a way of slowing global warming to buy us some time. Are scientists really contemplating seeding the atmosphere and oceans with nanno particles and triggering volcanic eruptions? I can't believe we would be so stupid.

Well LMA you had better believe it. There have been reports the Obama administration is exploring the prospects. The iron filings in the ocean technique has been tested but apparently produced poor results.

Even supporters of geo-engineering admit the possibility of unknown and potentially serious risks.

I guess what troubles me most about this problem is the indifference we have for it. This is almost assuredly going to happen if we keep heading down this road. No one has the courage to step on the brakes.

In a recent column, Dyer looked at the prospect of a 4-degree temperature rise in the second half of this century. His analysis of that scenario is that it would result in the deaths of all but a half billion people. In other words, between eight and eight and a half billion people would be exterminated because the biosphere would be unable to support them.

To stop this isn't going to be cheap on any Western economy but, that said, the end cost is estimated to be about half of what we all spent to protect ourselves against the Soviet threat during the Cold War.

Our indifference may well continue until we are hit with some catastrophe, e.g., large areas of the southern U.S. become uninhabitable due to flooding or food/water shortages, or climate wars start to affect us directly.
In order to save lives, we could consider voluntary emigration of affected populations to northern climes which presumably would be warming and becoming arable. I've never heard anyone suggest this type of voluntary population shift north, but it certainly sounds better than geo-engineering.