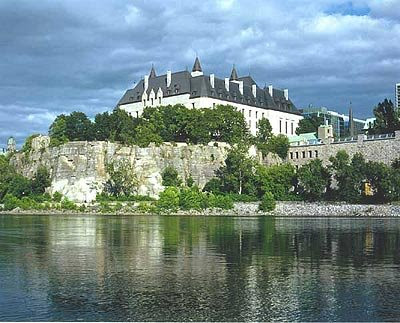 One thing that makes civil litigation bearable, if not actually interesting, is the window it sometimes provides into the individuals who invoke it. Because cases can hinge on an individual's perception of grievance and, at times, inflated notions of what sort of compensation is deserved, a lot of bizarre cases wend their way through the court system. Some even make it to the top, to the Supreme Court of Canada. There, however, they really do sort the wheat from the chaff.

You don't have to be a lawyer to form a sometimes remarkably accurate, even vivid image of the litigant from reading a headnote of the case. Here are a few of the cases bounced today by the Supreme Court of Canada. Read'em and weep.

Monica Loughlin retained Maureen Murdoch, a lawyer, on October 23, 2002 to provide an opinion as to the merits of a potential defamation action against six individuals, including a psychologist who had been a court-appointed expert in a custody and access dispute. The lawyer prepared an opinion and concluded that Ms. Loughlin's defamation lawsuit had little chance of success. Ms. Loughlin sued the lawyer, alleging as negligence her failure to file a statement of claim within the applicable limitation period. A Master in chambers summarily dismissed that action. Ms. Loughlin sought to appeal the Master's decision, but failed to meet the deadline to do so, which deadline had already been extended by the Master. Ms. Loughlin then moved to extend the time to appeal from the Master's decision. A judge of the Alberta Court of Queen's Bench in chambers denied Ms. Loughlin's application for an extension of time. Ms. Loughlin filed an appeal from the decision of the chambers judge, but her appeal was struck on October 11, 2007 because she did not appear to speak to the list. Six months later, Ms. Loughlin filed an application to restore the appeal. That application was dismissed by the C.A., with reasons, on June 9, 2008. Ms. Loughlin's application for leave to appeal the June 9, 2008 decision was dismissed by the C.A. Monica Loughlin v. Maureen Murdoch (Alta. C.A., October 15, 2008)

Monica, your worst problem is - YOU. Dodgy defamation cases are hard to win, especially when you don't show up in court.

Ms. Kelly launched a human rights complaint after her request to lease a residential property was denied. The landlord alleged that he had refused her request after receiving a bad reference and after Ms. Kelly made repeated threats of litigation against him. The Chair of the Human Rights Commission dismissed the complaint, finding no evidence that the landlord had discriminated against Ms. Kelly on the grounds of sexual orientation or had known her sexual orientation. Ms. Kelly's application for judicial review was denied, based on a finding that the Chair of the Human Rights Commission had had before him evidence upon which he could make the decision he made. The C.A. dismissed her appeal.Deborah J. Kelly (formerly styled: Deborah J. Hawkes) v. Prince Edward Island Human Rights Commission (P.E.I. C.A., November 19, 2008)

Deborah - You took this all the way to the Supreme Court of Canada? I suppose you managed to find another apartment after all, eh?

McKay obtained Canadian Patent 2,371,155 for his method of separating rubber elastomer liners from the insides of metal stators. The elastomers are bonded with glue to the insides of stators, which are metal pipes used in the oil drilling industry. The adhesive is capable of withstanding tremendous pressures but when the elastomers become worn, and must be renewed, a method was required to break the adhesive bond in order to remove the worn rubber from the metal without harming the metal itself. Mackay developed a method of removing the worn elastomer from the stator, allowing the stator to be relined and reused, based on refrigeration techniques and the principle of differential shrinkage. When different materials exposed to extremes of heat or cold expand or contract at different rates, the elastomer liner shrinks and peels away from the metal stator housing, allowing the liner to be removed without any significant force. The elastomer and housing are exposed to an environment that is gradually lowered to cyrogenic temperatures. Under Mckay's patented method, the elastomer lining is easily separated from the metal stator housing at temperatures at or around -196 degrees Celcius. The Respondent companies also use refrigeration to remove elastomers from stator housings, but state that their technique involves having the elastomer only reach its "glass transition temperature" at which point the elastomer becomes brittle and can be removed by a mechanical shattering process. They claim to use temperatures at the -50 to -70 degrees Celsius range for their delining process. McKay commenced an action for patent infringement against the Respondents in 2003. The Respondents counter-claimed that the Mackay patent was invalid for obviousness. The Federal Court, Trial Division, dismissed the Applicant's action for patent infringement, and also dismissed the Respondent's counter-claim that the patent was invalid for obviousness. The C.A. dismissed the appeal.John Russell McKay v. Weatherford Canada Ltd., Weatherford Artificial Lift Systems Inc. and Weatherford Canada Partnership (Fed. C.A., November 26, 2008)

John, John, John - this is Canada! You didn't invent "cold."

The scourge of civil trial lawyers is the client who insists on proceeding with expensive litigation over a minor claim over "principle." Even if they win, they lose. Using the judicial system for vindication or retribution rarely works out well for the client or the lawyer. A lot of these types show just how much they value their principles when they get the inevitable legal bills.
- case summaries courtesy of Lang, Michener
Posted by The Mound of Sound at 8:04 AM

One thing that makes civil litigation bearable, if not actually interesting, is the window it sometimes provides into the individuals who invoke it.You sure you would not like family litigation?

Hello NO! I was dead keen on family law while I was in school. Took every course available. Did exactly one case, one that would surely rank as one of the most bizarre, protracted and ultimately futile cases in the field. Somehow managed to win it and swore I'd never take another - and never did.

Over the years I got to know a lot of the top dozen matrimonial lawyers in Vancouver. I have to assume they were sane before they got into that field - but I'm only guessing.

Wow mound, that must have been quite the case! (I remember you talking about it before) I still don't think Family Law is that bad though, I've already had a few tearjerkers, but that seems to be the case in most areas of litigation.

My boss has been around even longer than you have, and he's still at it, so I guess it can't have taken that much out of him.

Fish, you foolish child. I won't be responsible for what befalls you. While I've done just the one case myself I have watched others. It strikes me that many matrimonial clients expect more than mere legal representation.

There's an enormous emotional dimension to this field - love, hate, betrayal, deceit, manipulation, abandonment, rejection, brutality,physical and emotional abuse, the whole gamut of human weakness and failure. I've never understood how you can wade through that corrosive swamp and emerge intact.


I'm a commercial fisherman fighting the Royal Bank of Canada (RBC Bank) over a $100,000 loan mistake. I lost my home, fishing vessel and equipment. Help me fight this corporate bully by closing your RBC Bank account.


There was no monthly interest payment date or amount of interest payable per month on my loan agreement. Date of first installment payment (Principal + interest) is approximately 1 year from the signing of my contract.
Demand loan agreements signed by other fishermen around the same time disclosed monthly interest payment dates and interest amounts payable per month.The lending policy for fishermen did change at RBC from one payment (principal + interest) per year for fishing loans to principal paid yearly with interest paid monthly. This lending practice was in place when I approached RBC.
Only problem is the loans officer was a replacement who wasn't familiar with these type of loans. She never informed me verbally or in writing about this new criteria.

Sorry to hear of your troubles, Paul. I haven't dealt with RBC since the late 70's. I'd recommend going to your industry association, your local MP and MLA and your area news outlets.

Makemylove.com, India's leading matrimonial portal site strive hard to provide you the perfect match with a touch of tradition from a wide array of community, caste, city and much more for the global Indian community you can find your life partner with help of makemylove
matrimonials sites indiaCanada Matrimonial