Dead Pols - In Missouri That's The Way They Like'em 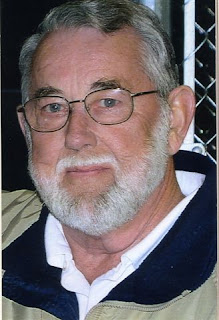 John Ashcroft lost his senate seat to a dead man. Now the voters in a small Missouri town have shown the Ashcroft thing wasn't a fluke. They re-elected their mayor, four weeks after he departed this mortal coil. From The New York Times:

residents of the small town of Winfield, Mo., gave Harry Stonebraker 90 percent of the vote in a mayoral election on Tuesday, even though he died of a heart attack on March 11 at the age of 69. By finishing second, Mr. Stonebraker’s opponent, Alderman Bernie Panther, joined former Senator John Ashcroft on the list of Missouri politicians to lose elections to non-living opponents in recent years.

Lincoln County Clerk Elaine Luck said she wasn’t surprised, noting Stonebraker was a popular mayor who helped lead the community of 1,500 through the devastating 2008 flood, when a levee breach caused by a burrowing muskrat left about 100 homes with damage.
“I figured he’d win because he seemed to get even more popular after he died."

Well at least the good folks of Missouri know they're voting for dead guys. We just keep electing the same stiffs fooling ourselves into believing they're still alive.
Posted by The Mound of Sound at 7:46 AM

Email ThisBlogThis!Share to TwitterShare to FacebookShare to Pinterest
Labels: Missouri