The Right's Psychoses - An Epidemic? 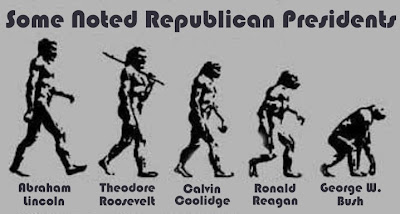 Why has America's Right turned psychotic? Seriously, they're mentally ill. They've lost contact with reality. From Boehner to Limbaugh, Hannity to Beck, these people are babbling on about things that have no grounding in reality. This is the level of rationality you sometimes get from strange folks in torn clothes on street corners in big cities. This is truly the Tinfoil Hat Brigade.

People experiencing psychosis may report hallucinations or delusional beliefs, and may exhibit personality changes and disorganized thinking. This may be accompanied by unusual or bizarre behavior, as well as difficulty with social interaction and impairment in carrying out the activities of daily living.

Consider a sobbing Glenn Beck leading a taxpayer revolt with the unfortunate name of "teabagging" against a president who is cutting taxes for 95 per cent of the population. If the people who embrace Beck's lunacy aren't themselves delusional, cut off from reality, then reality has ceased to exist.

The conservative base is absolutely apoplectic because, because ... well, nobody knows. They're mad as hell, and they're not going to take it anymore. Even though they're not quite sure what "it" is. But they know they're fed up with "it," and that "it" has got to stop.

Here are the big issues for normal people: the war, the economy, the environment, mending fences with our enemies and allies, and the rule of law.

And here's the list of Republican obsessions since President Obama took office: that his birth certificate is supposedly fake, he uses a teleprompter too much, he bowed to a Saudi guy, Europeans like him, he gives inappropriate gifts, his wife shamelessly flaunts her upper arms, and he shook hands with Hugo Chavez and slipped him the nuclear launch codes.

Do these sound like the concerns of a healthy, vibrant political party?

...It's sad what's happened to the Republicans. They used to be the party of the big tent; now they're the party of the sideshow attraction, a socially awkward group of mostly white people who speak a language only they understand. Like Trekkies, but paranoid.

...That's what you are, the bitter divorced guy whose country has left him -- obsessing over it, haranguing it, blubbering one minute about how much you love it and vowing the next that if you cannot have it, nobody will.But it's been almost 100 days, and your country is not coming back to you. She's found somebody new. And it's a black guy.

The healthy thing to do is to just get past it and learn to cherish the memories. You'll always have New Orleans and Abu Ghraib.

These lunatics are so missing the point. The Right's flight out of reality isn't Obama's doing, it's Bush's doing - well Bush and the terrorist attacks of 9/11. The al-Qaeda attacks on the World Trade Center were sufficiently traumatic as to leave many Americans a tad unhinged and unable to defend their connection with reality. They no longer discerned, they believed. They believed what they were told by George w. Bush, by Dick Cheney, and by the rightwing media types such as Limbaugh, Hannity and O'Reilly. They wrapped themselves up in a shroud of deception woven by these characters and remained there huddled against the chill of their fears. Reality was uncertainty, a discomfort to be avoided. Debate was unpatriotic, dissent treasonous.

These people were fed an entire social and political construct that was nothing more than a manipulative diet of lies and, yes, they believed. Now that they are reaping the whirlwind of this litany of false beliefs, they're confused and outraged.

True conservative Republicans understand they have a big job ahead of them. Reagan and Nixon knew a good thing in the South when they saw it but they grabbed it without losing their support everywhere else. Bush/Cheney took 'everywhere else' for granted and, for a while, 9/11 made that possible, a real freebie. But Bush/Cheney got too dependent on the South, on the Stupid Vote and, as their numbers steadily tanked, they clung tenaciously to it once they discovered it was the only lifeboat that would have them.

The SS Republican now lies on the bottom. All that remains is that humble lifeboat with Sean Hannity at the bow and Rush Limbaugh at the helm and all those angry and confused people at the oars who don't know how to row and can't stop muttering about teabags.
Posted by The Mound of Sound at 9:13 AM