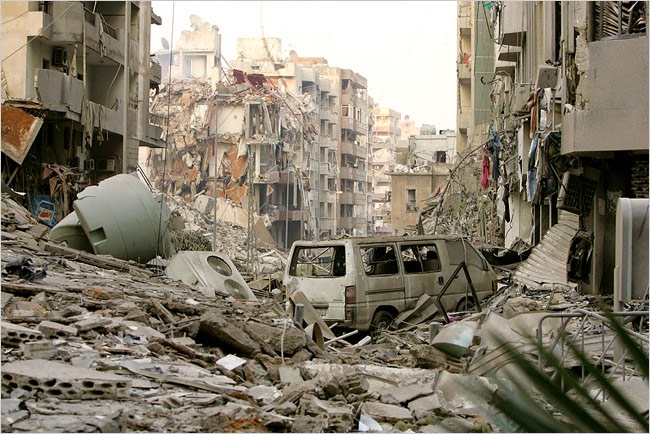 A prosecutor from the International Criminal Court has opened a probe into possible war crimes in the Palestinian territories.  Israel wasted no time lashing out, threatening to dismantle the ICC.

The cases could also include alleged war crimes by Hamas, which controls Gaza, including the firing of thousands of rockets at Israeli residential areas from crowded neighborhoods.

[Israeli prime minister, Benjamin] Netanyahu also said that, "unfortunately, the move turns the court into part of the problem, rather than part of the solution," Netanyahu concluded. "It's a scandalous that only days after terrorists slaughtered Jews in Paris ... the ICC opens an inquiry against the Jewish state, and only because it defends its citizens against Hamas, a terrorist organization that is partnered with the Palestinian Authority."

Describing the court's statement as hypocritical and supportive of terror, Foreign Minister Avigdor Lieberman the decision was "scandalous," stemmed political and anti-Israel motives and was an attempt to "harm Israel's right to defend itself against terror." He added that Israel would take international action to have the ICC dismantled.

Lieberman, true to form, is talking out of his ass.  The assault on Gaza last summer was a textbook case of the Israeli tactic, Dahiyeh, the deliberate and massive targeting of civilians and the essential infrastructure upon which civilians depend.  It begins with airstrikes to take out sewer and water plants, indispensible to urban living.  Next up are hospitals and schools.  Finally residential areas are targeted and attacked.  Dahiyeh  takes its name from the Lebanese suburb of Beirut where Israel introduced the atrocity.  That this is a deliberate. calculated policy authorized by the highest Israeli authority was revealed by documents released by Wikileaks.
Posted by The Mound of Sound at 11:19 AM

I've always found it odd that their solution to ' but they use human shields' was to kill the human shields. Women, children, and infants, they killed them all.

My guess is after the probe, the ICC will back off and not proceed with the investigation. I would really like to see Israel and it's most "moral" military in the world, charged with war crimes,but I don't think it's going to happen. I can only imagine, behind the scenes, the kind of pressure and threats that is being put on the ICC.

I'm not convinced the ICC will be that easily cowed, Pamela. The US, Israel's loyal arm-twister on the Security Council, chose not to become a member of the ICC. It's hard to see what other nation(s) could or would want to play that role. Bear in mind that it's not as though the crimes (on both sides, Israel's and Hamas') aren't blatant. The evidence is substantial and powerful. The laws of war and humanity are clear. Since Nuremberg, accountability at the top is inferred.

Bringing the culprits to trial is another matter. Warrants can be issued for their apprehension but people like Netanyahu, Lieberman, and Israel's top military commanders would be safe enough within Israel itself.

If this proceeds, it would be huge.

I hope you're right mound. I would really like to see it happen.