Said the Man With the 145-Foot Yacht 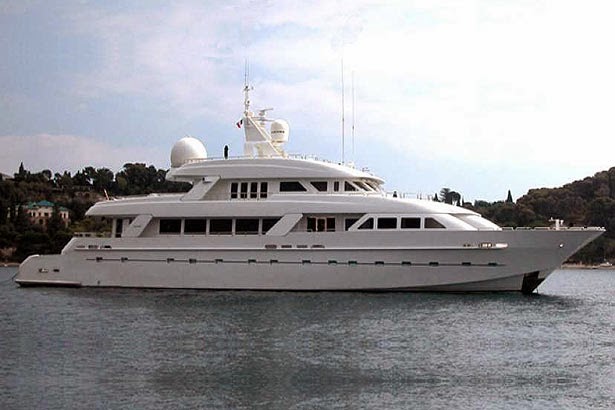 He made his billions in real estate but Jeff Greene could have had a great career in stand-up.

Greene's private jet was one of 1,700 that conveyed the rich and powerful to the World Economic Forum meeting in Davos now underway.

In an interview with Bloomberg, the real estate entrepreneur, 60, with an estimated wealth of $3 billion said Americans have too high expectations of how their lives should be.

"America’s lifestyle expectations are far too high and need to be adjusted so we have less things and a smaller, better existence," he said.

"We need to reinvent our whole system of life."

Greene, who is on the Forbes 400 list, lives in Palm Beach, Florida, where he founded Florida Sunshine Investments, but also owns a string of luxurious properties across the US.

He added: "I’m remarkably long for my level of pessimism.

"Our economy is in deep trouble. We need to be honest with ourselves. We’ve had a realistic level of job destruction, and those jobs aren’t coming back."

"A realistic level of job destruction" indeed.  Of course it's hard to tell just what that means to a guy who raked in billions by gaming the sub-prime mortgage markets.  I expect the world looks a lot different when you're on the top perch of the vaunted 1%.
Posted by The Mound of Sound at 10:04 AM

It looks like Jeff Greene is pretending to be one of us. He's not. That seems to be a common problem with the rich in North America. Europe has a class system to insulate the rich and powerful and they don't pretend otherwise. In the US and Canada it is just money and the rich assume that everyone else is just like them.

I have a feeling Mound that if you were able to have a conversation with him about what he's advocating (which is pretty vague), you'd be pretty bored. There's not much thought or knowledge there, regardless of how egalitarian he makes himself out to be he's a billionare and lives like a billionare.

Sad but true how can a billionaire 1%er tell the lower rank and file who are hanging by a thread financially "they want too much." Do you have any idea how much it costs to operate one of those yachts? Most likely in a day they can eat up more than the average American's salary of a year. When I lived on Vancouver Island a way smaller vessel could burn $800.00 in fuel to Sonora Island and back a two hour journey. He certainly has nerve and brass balls.

Toby's right. He's not one of us. While I agree that we need to learn to do more with less, this guy and those like him need to lead the way but, as Masters of the Universe, they don't lead by example. They direct.

Really? I thought it was command, not direct myself.