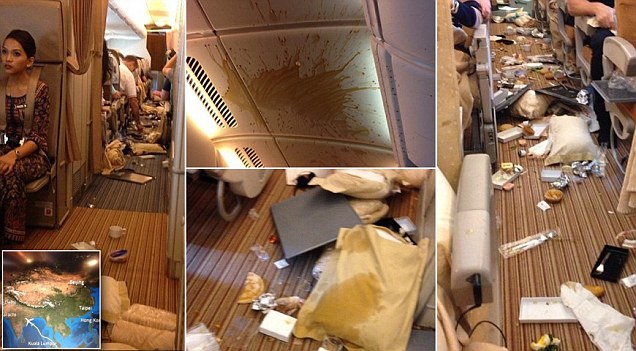 Most of us have flown at some point and most of us who have flown have had some experience of air turbulence. Some have experienced severe air turbulence events of the sort known to throw stuff around and injure passengers. Flight attendants are particularly susceptible.

The good news is that modern commercial airliners are built to withstand much higher stresses than the standards in effect 40-years ago. The bad news is that the turbulence problem is about to get a lot worse.

Sudden up and down movements as an aircraft travels through rough air are part of the normal experience of flying.

But occasionally passengers and flight crew are subjected to white-knuckle levels of turbulence with the potential to cause serious injury, especially when it occurs unexpectedly in cloudless “clear air”.

Dr Paul Williams, from the University of Reading, who led the research, said: “Our new study paints the most detailed picture yet of how aircraft turbulence will respond to climate change.

“However, even the most seasoned frequent fliers may be alarmed at the prospect of a 149% increase in severe turbulence, which frequently hospitalises air travellers and flight attendants around the world.”