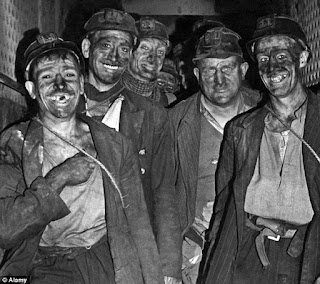 Britain and coal have gone hand in hand since the advent of the Industrial Revolution. Coal powered Britain's factories and fueled her ships. Coal brought Britain enormous prosperity and world domination.

Now, for the first time since the Industrial Revolution, Britain is expecting to go coal-free.

The UK is set to have its first ever working day without coal power generation since the Industrial Revolution, according to the National Grid.

The control room tweeted the predicted milestone on Friday, adding that it is also set to be the first 24-hour coal-free period in Britain.

Hannah Martin, head of energy at Greenpeace UK, said: “The first day without coal in Britain since the Industrial Revolution marks a watershed in the energy transition. A decade ago, a day without coal would have been unimaginable, and in 10 years’ time our energy system will have radically transformed again.

“The direction of travel is that both in the UK and globally we are already moving towards a low carbon economy."

Good to see someone is looking to the future in a responsible way, Mound.

It's taken quite awhile. But Britain has finally seen the light.