It's That Yawn. That's What Can Kill You. 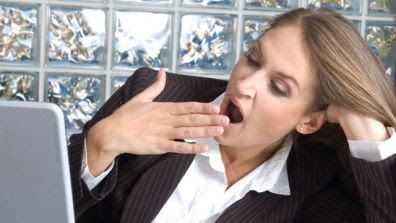 The field of climate change offers rich pickings for social scientists. There's an immense amount of data to be mined in how we, collectively and as individuals, respond to this mountain of research and the steady stream of reports and studies that appear in the back pages of our newspapers literally weekly.

I've concluded that as the situation becomes increasingly dire, we Canadians and even more so our American cousins, become increasingly disinterested, apathetic.  There's a name for that dynamic. The political caste calls it "creeping normalcy" and they pay very close attention to it.

Yesterday our friend, Lorne, did a post entitled, "We Reap What We Sow, Eh?" about the latest international report that finds the Arctic is warming, and melting, much faster than had previously been thought.

Reports are being published at a pace that blurs our ability to comprehend their significance. The recurrent theme is "latest research shows previous predictions were unduly optimistic." The latest research then turns out to be valid until it is overtaken, in turn, by the next. I'm left wondering if climate scientists haven't been cowed by fears of being criticized as alarmists which leaves them always behind the curve on their projections. If you were to look at nearly three decades of consensus reports from the Intergovernmental Panel on Climate Change, IPCC, you would be struck by how seriously understated their conclusions have been even as they are routinely denounced as alarmists.

...These worsening conditions have achieved a measure of what politicians call "creeping normalcy." The political caste is reluctant to allocate funding to measures that may primarily benefit future generations, money they would prefer to use for tax cuts or programmes that will buy votes over the next electoral cycle or two. Creeping normalcy resulting from public apathy is manna from Heaven to the politicos as it takes them off the hook. Trudeau's supposed postponement of Canada's climate change plan until 2025-2030, by which time he'll be very likely gone from office, is a reflection of this cynical expediency.

Who can forget how Trudeau beat his chest and proclaimed, "Canada is back," when he and his enviromin, Dame Cathy, strode boldly into the Paris climate summit in December, 2015 vowing not merely to back the 2 degree Celsius target to cap warming but to march that back to a 1.5C target. We were leaders. Gone was the dastardly Harper who, for nearly a decade, had made Canada a climate change pariah.

Well that was then. This is now and now Harper's Canada is back and then some.  After draining every last drop of political capital from Canada's climate change vows, our whorish prime minister has moved on to better things such as ramping up bitumen extraction and export while approving new and expanded pipelines to deliver the toxic sludge to "tidewater" into a waiting armada of supertankers soon to be plying our dangerous coastal waters with the promise of lasting environmental calamity. Whores don't offer fidelity. Neither does this prime minister. Whether on Parliament Hill or some tawdry street corner, both operate on an ethos of cynical expediency and personal advantage.

We all carry a share of the blame for this. That yawn at the latest in a seemingly neverending deluge of studies reporting worsening Arctic heating and melting is a beacon to people like this prime minister. That yawn signals to this "duly elected" prime minister it's just another promise that he can afford to break, a lot like his solemn promise of electoral reform. He's weighed the risks and figures he can get away by telling the rubes that the path to a green future for Canada lies in flogging as much high-carbon bitumen as possible onto world markets. Think that's not whorish? Ha, ha, ha, ha.

And so we've put off any serious action on climate change until 2025-2030 and probably well beyond even that. This has been a pressing issue since the Chretien era and old Jean did sweet f__k all. Harper used Chretien's failures to justify his own. Now Harper's successor - in every sense of the word - is continuing the legacy of his predecessors. And he will just as long as we keep yawning.

Trudeau promised that his government would make policy based on facts and would be guided by science. Yet our prime ministerial streetwalker hasn't produced a shred of science to support shelving even the meagre initiatives he proposed for climate change. He knows what the science says. So do you. He knows that he's blowing smoke up your backside and as long as we keep yawning, he'll keep blowing.

And as we keep yawning, the clock keeps running and our remaining window of opportunity to act closes. The scientific consensus holds that we don't have another 10 to 15 years to wait. We need to sharply reduce greenhouse gas emissions starting now, right now. What's the diametric opposite of that? Oh yes, that would be markedly increasing greenhouse gas emissions and for at least another 15 to 30 years. And that is exactly what this government has in store. All you've got to do is keep yawning.

Racing toward the abyss, Mound.

There's a blog about things happening faster than expected.

I think that, barring a literal miracle, we're fucked. That answer is just not convievable to most people, as it runs against the myth of progress and techno-utopianism that is at the heart of our worldview, along with unlimited growth. Our economic system, and doesn't even have the concept of energy or waste or limits. As the late great Vonnegut said: So it Goes.

We'd need to shutdown almost all industry and convert our entire agricultural system into some sort of permaculture, while we develop a crash program to somehow suck tens of billions of tons directly out of the atmosphere. And reduce our population. Somehow.

I think this clip from News Room sums it up, and I like (well, not like but can relate to) the reactions.

Anyong...What is happening in Newfoundland is enough to turn one's stomach. That is one place Mr. Justin will be forced to address. Paris is just a joke.

Anyong....forgot to mention..BBC doesn't have a very high opinion of Mr. Justin and the Paris Climate Summit anymore. His sunny ways have now become his "can’t have it both ways". At this point in history, a true climate leader can’t approve pipelines that will massively expand production of some of the world’s cheapest, dirtiest crude.We’ll know soon enough whether Trudeau is listening, and whether his government believes in science or just in sound bites. With decisions already gone past 2016, the next few months represent a watershed moment for the future of our country. After Kinder Morgan, Dogwood will be ready.